3 Reasons Why the ILWU Won’t Strike 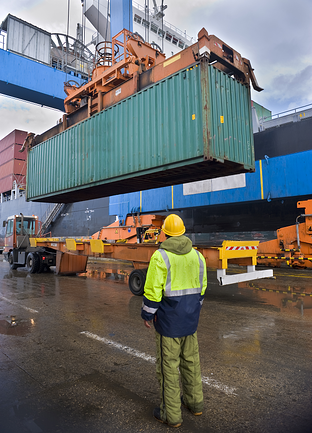 The International Longshore and Warehouse Union (ILWU) is now working without a contract at the ports along the West Coast (WC).

As expected, the ILWU contract expired this week without a replacement contract having been negotiated between the ILWU and the Pacific Maritime Association (PMA).

Before you get too worried, you should know that it is not expected for a new contract to be reached before the old one expires. It is basically common practice to allow the contract to expire without making a new deal when it comes to negotiations between the ILWU and PMA.

Of course, once the point of longshoremen working without a contract is reached, the chances of slowdowns and stoppages increase.

The most likely thing that will hinder a new contract being signed quickly in these negotiations is a question of health care benefits. Or perhaps I should say health care fees as ILWU members could be looking at paying a portion of their health care costs because of fees to be implemented by Obamacare. To find out more about that, you can read:

Could this issue be big enough to cause a strike? There are some who worry it will come to that.

If the National Retail Federation is correct in its numbers, such a strike would be staggeringly bad for the U.S. economy:

The National Retail Federation recently issued a study showing if there was a West Coast port shutdown, it would cost the economy as much as $2.5 billion a day.

The study showed that a five-day stoppage would reduce the U.S. gross domestic product by $1.9 billion a day, disrupt 73,000 jobs and cost the average household $81 in purchasing power.[1]

I don’t claim to have special access to or knowledge of the closed negotiations between the ILWU and PMA, but I do not believe the ILWU will strike.

Here are 3 reasons I don’t think the ILWU will strike.

The West Coast ports are responsible for almost half of all US maritime trade, including more than 70% of imports from Asia. However, West Coast ports’ share of US shipping trade volume fell to 43.5% in 2013 from 48.% in 2008, even before the looming impact of the Panama Canal expansion. That competitive pressure is nudging management and labor toward an amicable settlement.[2]

Striking now could be costly in terms of WC ports’ competitiveness. Not mentioned in the above quote is that US WC ports have also lost some market share to Mexican and Canadian ports.

Striking would actually put many ILWA jobs in danger.

This can almost be put in the “no news is good news” category.

The negotiations aren’t exactly open for us to see how they’re going, but when things get heated in dockworker union negotiations, the word tends to get out.

The reports that have been circulating all seem to indicate calm talks between the ILWU and PMA with both parties working toward an amicable resolution.

How big of a hit would West Coast ports work stoppages be for the US economy? 1.9 – 2.5 billion dollars?

Neither the PMA nor the ILWU want to be responsible for such a hit on the economy.

This would especially be a PR nightmare for the ILWU, considering its union members are “among some of the highest-paid blue-collar workers in the United States with yearly wages hovering around $100,000.”[3]

That economic pressure has been heard through many public voices. Beyond the shouting that would nearly be deafening in the case of a strike, economic pressure would likely cause the Taft-Hartley Act to be enacted, ending any strike and rendering it rather ineffective.

Even though I don’t think we’ll see any ILWU strike, we’ll be keeping a close eye on the situation.

What are your thoughts?

How likely do you think an ILWU strike is? Share your thoughts on the subject in the comments section below.