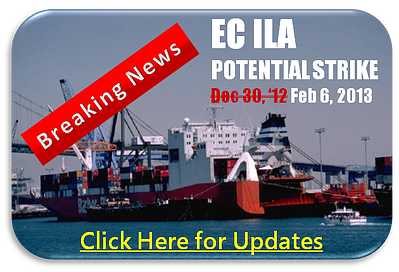 The International Longshoremen’s Association (ILA) Strike that was scheduled for Wednesday has been averted.

Late Friday night, a tentative agreement between the ILA and the United States Maritime Alliance (USMX) was announced that would prevent port stoppages all along the East and Gulf Coast ports of the U.S.

This is not only great news for retailers depending on imports for their inventories, businesses that export via the East and Gulf Coasts, and people whose jobs are directly dependent on the ports, but for the U.S. economy as a whole.

Many estimates put the cost of such a strike at $1 billion a day to the U.S. economy. Such a blow to the economy would be devastating.

Reaching a new master contract for the East and Gulf Coast ports between the ILA and USMX has been a long process.

Originally, the previous contract was set to expire at the end of September. An extension pushed the expiration and a possible strike back to the end of December and then another pushed it to this upcoming Wednesday, February 6th.

Talks breaking down between the ILA and USMX, as the parties held strong opposing views in the negotiations, caused the need for the Federal Mediation and Conciliation Service (FMCS) to step in and assist in the negotiation process.

FMCS Director George H. Cohen was pleased to announce the agreement between the ILA and USMX, but did note that there is still work to be done.

“The tentative agreement is subject to the ratification procedures of both parties and, as well, to agreements being achieved in a number of local union negotiations. Those local negotiations are ongoing and will continue without interruption to any port operation,” said Cohen in his news release on Friday.[1]

The details of the tentative contract have not been made public at this time, but it is a new 6-year master contract which covers more than 14,500 dockworkers who handle the loading and unloading of containerized goods at ports from Maine all the way down to Texas.

The National Retailers Federation (NRF), who supplied one of the loudest voices of concern over the possible strike and urged President Obama to step in to ensure an import and export hindering strike would not take place, is breathing a sigh of relief.

The Hill reported NRF President Matthew Shay had the following to say in a statement, “The retail industry, which supports one in every four U.S. jobs, is pleased to hear that the ILA and USMX have reached a tentative, long-term master contract.” But the NRF is not totally relaxed yet. Shay continued, ”We urge the parties to quickly complete any outstanding negotiations, including local negotiations at each of the individual 14 ports, and quickly ratify the new labor agreement.”

Ultimately, Shay’s sentiments, as reported by The Hill, were positive: “[I]f the tentative agreement holds, the new labor contract will bring much-needed certainty and predictability to the supply chain for retailers, manufacturers, farmers and other industries that rely on the ports to move the nation’s commerce and trade.

The new port labor contract, which covers container operations [at] each of the 14 East and Gulf Coast ports, from Maine to Texas, will help make these major ports more competitive and efficient”[2]

The ports of New York and New Jersey seem to be the ones where the most work needs to be done in reaching the end of this long period of negotiation between the ILA and USMX.

NJ.com reports, “Jim McNamara, a spokesman for the ILA, said agreements are still needed between the New York Shipping Association, which represents employers at the Port of New York and New Jersey, and a dozen ILA locals representing 3,250 union dockworkers in the Bi-State region.”[3]

American Shipper said, “Work rules in the ILA-NYSA [New York Shipping Association] contract have been among the most contentious issues in the negotiations.”[4]

While there is some cautiousness to be taken with local negotiations and ratifications of the master contract, shippers can be confident to import and export through East and Gulf Coast ports.

Through this process, we at Universal Cargo Management have prepared to make sure your cargo containers, whether imported or exported, reach their destinations no matter the port situation.

The relief of the ILA strike being averted will not cause us to relax when it comes to customer service. As a friend to your business, we’re dedicated to making your international shipping as smooth as possible.