By Jared Vineyard
Posted April 21, 2014
In Freight Forwarder, International Shipping
What Does Obamacare Have To Do With International Shipping Stability?2014-04-212018-02-08https://www.universalcargo.com/wp-content/uploads/logo-white.pngUniversal Cargohttps://www.universalcargo.com/wp-content/uploads/logo-white.png200px200px
0

A billion dollars a day. 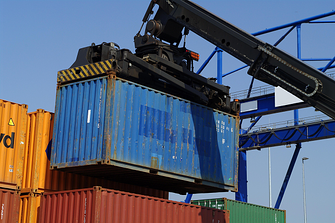 Could we be looking at West Coast port shutdowns this summer?

Once again, it’s a contract year for union longshoremen.

Shippers, carriers, and international shipping professionals like freight forwarders are look at contingency plans for the possibility of West Coast ports shutting down due to labor contract disputes.

In 2012/2013, we were dealing with this on the East Coast. Now it’s the West Coast’s turn. And here’s a familiar name for controversy at the forefront of the conversation: Obamacare.

Quite possibly the biggest issue that could clog up negotiations between the International Longshore and Warehouse Union (ILWU) and the Pacific Maritime Association (PMA), thwarting stability in international shipping, finds its source in Obamacare.

What in the world could Obamacare possibly have to do with international shipping stability?

The Affordable Health Care Act, the actual name of Obamacare, has a thing in it called a “Cadillac” tax. Obamacare’s Cadillac tax is a tax on generous health care plans to subsidize health care for U.S. workers who have little or no health insurance.

For union workers of the ILWU, employers pay 100% of the premiums of their health care plan and union members only pay a $1 co-pay for prescription medicine.[1]

Anyway, ILWU members certainly receive generous health care plans that will be taxed by the “Cadillac” tax of Obamacare starting in 2018.

This tax will cost the industry $150 million a year that employers don’t want to pay for entirely. And “the ILWU has always considered medical benefits to be sacrosanct.”[2]

In other words, expect a lot of huffing and puffing over the healthcare issue in these negotiations.

Now, it’s possible, the parties may agree to make this only a three year contract instead of a six year contract, hoping that the “Cadillac” tax and maybe Obamacare altogether will be done away with by 2018.

Even if that happens, don’t expect a deal to happen before the current contract expires on July 1st.

Basically by policy, the ILWU will not resolve a contract before the current one expires. They gain leverage by making sure negotiations go beyond contracts and deadlines. How do you think they manage to get that incredible health care deal along with average wages of $137,253 for general longshoremen; $154,842 for marine clerks; and $213,120 for walking bosses or foremen?[3]

Yes, the ILWU make very good money with excellent benefits. But as we evidenced by the ILWU Local 63 Office Clerical Unit (OCU) in December of 2012, they won’t hesitate to strike.

Of course, it only takes remembering back a couple contracts ago to 2002 to know an employer lockout is not out of the question either.

PMA President Jim McKenna is trying to assure everyone that this year’s negotiations will be successful without any work stoppages, predicting agreement to be reached by mid to late July.

Whatever happens, here at Universal Cargo Management, we’re always prepared to make your imports and exports ship as smoothly as possible despite international shipping stability issues facing the industry.

It helps having been a freight forwarder for nearly 30 years.