Captain Could Be Executed On Murder Charges After Tragic Ship Sinking

The captain goes down with the ship. 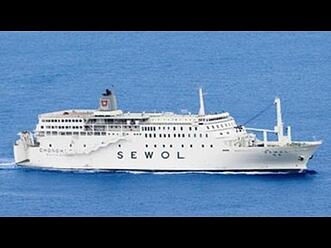 Except that’s not what happened on the MV Sewol. Footage of the captain, Lee Joon-seok, scrambling out of the ship in his underwear with the aid of rescuers enrages the people of South Korea.

The footage plays over and over again on South Korean news.

Public outrage at the captain’s actions is so strong that he has become a hated figure in South Korea who is deserving of execution according to public opinion. He and three of his crew are merely a conviction away from facing the death penalty.

It’s been almost twenty years since the death penalty has been carried out in South Korea. The people of South Korea seem ready to see that change in the case of Lee.

The MV Sewol was traveling from Incheon towards Jeju when it capsized on April 16th of this year. The South Korean ferry was carrying around 500 people.

When the captain and crew were scrambling to safety, hundreds of passengers were drowning. To be exact, 284 people were confirmed killed with another 20 still missing reports CNN.

What makes this event even more tragic is most of the passengers onboard were high school students on their way to a field trip.

How does a tragic accident at sea lead to the captain and some crew possibly facing the death penalty?

“The prosecutor’s office said the captain and three crew members were charged with murder, because they didn’t use the ship’s facilities at their disposal — such as life rafts, life vests and announcements to evacuate passengers.”[1]

The crew had never even been trained for an emergency scenario, an order to evacuate ship was never given, and worse, the “passengers were instructed not to move and to stay in place as the ferry listed.”[2]

It’s easy to understand the outrage at the captain and crew for scrambling to safety while the passengers they should have been responsible for were on their way to death. It makes sense of how the captain and some of his crew are being charged with murder.

The other surviving crew members are being hit with charges of abandonment and violating a ship safety act.

In April, the media was reporting that Captain Lee Joon-seok was being charged with abandoning his boat, negligence, causing bodily injury, not seeking rescue from other ships, and violating “seamen’s law” before charges were upgraded with the capital offense of murder.

Back then, Lee defended his actions saying, “The tidal current was strong and water temperature was cold, and there was no rescue boat. So I had everyone stand by and wait for the rescue boat to arrive.”[3]

Overloading of the ship could have played a factor in the sinking of the Sewol. This is something the ferry company might have been trying to cover up.

According to the Korea Herald:

In a departure report, Chonghaejin Marine Co. told authorities at the Korea Shipping Association that it had 450 passengers, 24 crew members, 150 vehicles and 657 tons of cargo on board…

But shortly after the accident on Wednesday, the ferry operator quickly changed the numbers, reporting that it had 477 people on board and was carrying 1,157 tons of cargo. The ferry was also found to have loaded 180 vehicles….

A couple days after the accident, one of the passengers who actually did get rescued wasn’t able to handle the guilt he felt over surviving when so many students died.

Kang Min-Kyu, deputy head of Danwon High School who was in charge of the 4-day trip that ended in tragedy hanged himself. He left a suicide note:

“Surviving alone is too painful while 200 remain unaccounted for. I take full responsibility.

“I pushed ahead with the school trip. I will again become a teacher in the afterlife.”[4]

While most of this story is covered by heartbreaking loss of life, there is also an incredible spark of selflessness and life saving in the midst of it all. Students saved Kwon Ji-yeon by passing the six-year-old girl to the safety of a rescuing boat.

Survivor Yu Ho-sil said: “Somebody shouted to take the baby and other students passed the baby outside.”[5]

Subscribe to our blog by putting your email in the box on the right side of the page and clicking the subscribe button.