This is an update to our recent blog, Is Mandatory Weight Verification of Shipping Containers on the Way? 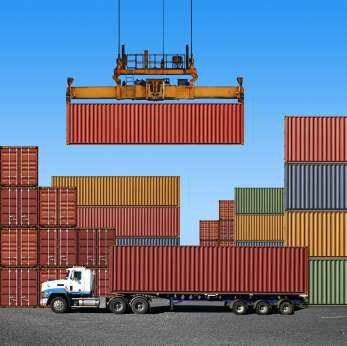 The answer seems to be yes, but with a compromise for shippers where it is not feasible.

The previous blog looked at the work the International Maritime Organization (IMO) has been doing to address the prevalent and dangerous problem of shipping containers with misdeclaired weights in the international shipping industry.

A new regulation proposal for mandatory weighing of shipping containers has been approved by the IMO to ammend their Safety of Life at Sea (SOLAS) regulations.

There was a call for making it mandatory that all shipping containers be weighed before being loaded on ships to confirm the declared weight of goods-filled shipping containers, but there has been concern about the practicality of such regulation and debate over how it would be implemented.

The IMO has been working for some time on regulations that will present a solution. They were expected to pass regulation on making shipping container weighing mandatory, but a compromise has been made in the new regulations/ammendment to the SOLAS Convention they passed.

Weighing the loaded containers is the “gold standard” but the compromise is to allow verified weighing of all the individual items loaded into the container, including pallets and packing materials, and adding it to the weight of the shipping container itself.

In other words, if the loaded shipping container cannot be weighed, shippers are allowed to get the weight with the formula of Goods + Dunnage + Tare = Container Weight.

Captain Richard Brough is the technical director at the International Cargo Handling Coordination Association (ICHCA). ICHCA was the joint-chair of the correspondence group the IMO set up to to create the new regulations/ammendment on mandatory shipping container weighing.

An article from The Loadstar quoted Captain Brough as saying, “Over the last year a number of countries and interested parties have made the point to us that there are many parts of the world where there is not the equipment or the finance to acquire it to weigh every container, and so an alternative method was needed.”

While Loadstar’s article included a confirmation from Captain Brough that the amendment passed in the IMO “without any objections” the article did go on to report objection from the International Transport Workers Federation (ITF):

“This was the ideal opportunity to finally bring in a system which would lessen the risk that unweighed and misdeclared containers pose to dockers, seafarers, truck drivers, the general public and the environment. Instead we have a compromise that in some countries will put in place a process that is likely to be bedevilled by the obvious questions: who will certify, when, and how?” Loadstar quoted ITF president and dockers’ section chair Paddy Crumlin as saying.

The World Shipping Council (WSC) on the other hand is extremely pleased with the new regulations/amendment. An article from the Journal of Commerce (JOC) reported:

“We have worked with the IMO to address the problem of incorrect container weights for over six years and now with the input of many governments and industry organizations, including responsible shipper associations, we are pleased that the [Safety of Life at Sea] amendments and related implementation guidelines have been approved by the DSC,” said Chris Koch, WSC president and CEO, in a written statement.

Loadstar quoted the excited Koch, giving a schedule for the implementation of the new mandatory weighing regulations:

“We look forward to approval by the Maritime Safety Committee (MSC) in May 2014 and the final adoption in November 2014. The container shipping industry will continue to work with all supply chain stakeholders on the processes necessary to ensure smooth implementation, which could occur in July 2016.”

There are bound to be some debate and controversy about the new weighing regulations between now and their implementation in 2016. Hopefully, the implementation will be smooth as the WSC envisions.

We’ll all be watching to see if significant costs or shipping delays happen anywhere as weighing procedures take effect. Of course, Universal Cargo Management will be keeping an eye on all the changes to make sure your imports and exports go smoothly.