New Shipping Rule Shippers Must Follow to Get Containers Loaded A regulation change announced by the International Maritime Organization (IMO) will take effect this year that majorly affects international shippers.

There has been a big issue in containerized shipping of misdeclared weights of shipping containers. Not only does this issue create problems that include the loss of containers, but it also creates a safety risk for ship crews and dockworkers, especially when container weight is grossly underestimated (but not only then).

Starting July 1st, 2016, shippers will be required to provide a Verified Gross Mass (VGM) for every packed shipping container as a condition for vessel loading.

Shippers need to be aware that they will be responsible for the proper verified weighing of their packed shipping container and documentation in order for their shipments to be loaded onto ships.

This regulation has actually been a long time coming.

The World Shipping Council (WSC), a long-time advocate for solving the misdeclared weight problem, outlined the history of the IMO regulation to provide VGM on a Container Weight page of their website. I’ll abbreviate that into a quick timeline:

December 2010 – The WSC and the International Chamber of Shipping (ICS) issue a joint statement on the problem of misdeclared shipping container weight as the industry calls for an international solution from the IMO.

March 2011 – The WSC and ICS submit a proposal to the IMO for a packed container weighing regulation as a condition for stowing shipping containers aboard ships.

May 2011 – Agreement reached to establish a work item to address the issue of misdeclared container weights at the 89th IMO Maritime Safety Committee. Assigned to the IMO Sub-Committee on Dangerous Goods, Solid Cargoes and Containers (DSC).

June 2012 – Denmark, Netherlands, and United States governments, with five maritime industry association led by the WSC, co-sponsor a formal proposal to the IMO to amend the SOLAS convention to require VGM as a condition for vessel loading.

September 2012 – DSC considers the proposal and an alternative proposal from Germany. Compromise proposal developed to amend SOLAS Regulation VI/2 of the SOLAS Convention to require VGM as a condition for vessel stowage.

November 2014 – IMO’s Maritime Safety Committee officially approves and adopts the new SOLAS requirement that as a condition for vessel loading, the weight of a packed export container be verified by the shipper using either of two permissible methods.

In the timeline, two permissible methods to comply with the new VGM requirement are mentioned.

Here is the actual wording of the SOLAS amendment that makes verified weighing of loaded shipping containers required. It sheds light on the methods allowed to do so.

The following new paragraphs 4 to 6 are added after existing paragraph 3:

4        In the case of cargo carried in a container*, except for containers carried on a chassis or a trailer when such containers are driven on or off a ro-ro ship engaged in short international voyages as defined in regulation III/3, the gross mass according to paragraph 2.1 of this regulation shall be verified by the shipper, either by:

.1 weighing the packed container using calibrated and certified equipment; or

.2 weighing all packages and cargo items, including the mass of pallets, dunnage and other securing material to be packed in the container and adding the tare mass of the container to the sum of the single masses, using a certified method approved by the competent authority of the State in which packing of the container was completed.

.1 signed by a person duly authorized by the shipper;

So the two ways for shippers to get the VGM of their freight are:

2. Weigh each individual item to be loaded in the container, including packing materials, and add that weight to the weight of the shipping container.

There are a couple of great resources the WSC provides to help shippers be in compliance with the new VGM requirements of international shipping. Here are the links:

And of course, Universal Cargo will make sure all shippers who import and export through us are meeting all requirements to make their international shipping a smooth process. 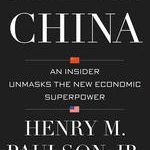