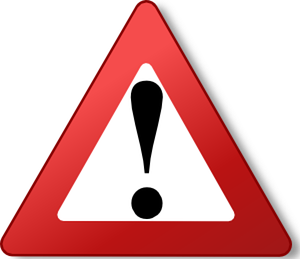 Obviously, the negotiations taking place in San Francisco between the ILWU and PMA are extremely pertinent to shippers who import and export in the US.

The way the negotiations go have serious financial implications for businesses and individuals who have cargo they need to ship.

The ocean carriers announced and filed Port Congestion Surcharges (PCS) of $800/$1000/$1125 per 20’/40’/HQ contigent on congestion caused by a ILWU strike or PMA issuing a lockout or other slowdowns related to the contract negotiations.

Obviously, no shipper wants to see such fees jumping up freight rate pricing.

So how likely is such a situation to arise that will cause these PCS to be implemented. While there is congestion being experienced in the Ports of Los Angeles/Long Beach, the following statement from international shipping insider Peter Friedman suggests optimism.

The following is from Peter Friedmann from the Pacific Coast Council:

I am at this moment about 3 blocks away from where the negotiations are taking place in San Francisco. At a meeting which includes most of the ocean carriers and many of the exporters and importers that use West Coast ports, as well as the port directors and senior management for most of the West Coast ports. So this is obviously topic number one. I can tell you that there is really no news to report. In fact we have the lead writers from the four primary maritime trade journals also attending this meeting. Tomorrow morning we have a panel comprised of the executive director of the Port of Oakland, an official with the Machinists union. Two ILWU officers will be in the audience. I frankly do not expect them to say anything, because the parties have been extremely diligent about keeping any of the discussions out of public view. However, we still expect that there will be no contract by the end of June, that they will continue negotiating, that there may be some disruption at the ports for the July 4th holiday and the so-called bloody Thursday memorial. But nothing major, and frankly not enough to cause the carriers to impose the $1,000 congestion surcharges that they have filed at the Federal Maritime Commission. We also have a representative of the FMC here, they are monitoring those congestion surcharges. I believe that the contract will be a three-year contract, that it will likely be signed by the second week of July, and that the disruption at the ports will be fairly minimal. But again, this is not based on any public statements by the presidents of the two parties; however, we did see a press release by one officer of the ILWU who said that the ports and shippers should really not be worried. Usually I would not take that at face value, but I think this year we just may. However, there is right now extreme congestion at the port of LA and Long Beach which is causing huge problems for both imports and exports. New executive director of the Port of Los Angeles will be having dinner with us tonight and I will update what I learn from him. Many people believe that this congestion is due to arrival of some of the huge new container ships, and the fact that productivity remains at the traditional slow levels, but this is not necessarily being done by Labor to influence the negotiations. I will do further update later tonight.

As always, we here at Universal Cargo Management are keeping a close eye on the situation and will be keeping you informed through our blog.

You can subscribe by entering your email in the box on the left side of this page and clicking the subscribe button.