Negotiations between the International Longshore and Warehouse Union (ILWU) and the Pacific Maritime Association (PMA) could soon be over.

The ILWU and PMA did not heed urges to expedite negotiations, but the parties have pledged to keep import and export cargo moving through the West Coast ports as negotiations drag on.

Actually, I don’t think either the ILWU or the PMA actually used the phrase “drag on” to sedcribe the talks.

While contract negotiations have appeared to proceed smoothly between the ILWU and PMA, weeks have passed with no real news as to what is happening in the talks.

The more time passes with no contract for West Coast dockworkers, the more nervous shippers and concerned parties get that negotiations are stalling and things will go sour between the ILWU and PMA.

Finally, two items hit the news that suggest negotiations between the ILWU and PMA are proceeding positively and could even be resolved soon.

This is not to say negotiations could not drag on, or worse, fall apart; however, here’s why these new pieces of news are good indications that talks are proceeding positively and could soon be resolved.

There are certainly other points of negotiation than health care, like ILWU jurisdiction and new technology, but Obamacare presented one of the biggest obstacles to getting a new contract into place between the ILWU and the PMA.

What does Obamacare have to do with international shipping?

Obamacare will add $150 million a year in costs on ILWU members’ health care through taxes. Figuring out who will pay for that has been thought to be the most likely sticking point of the ILWU contract negotiations.

In a statement released on Tuesday, August 26th, the ILWU and PMA announced:

That both parties have come to an agreement, even if tentative, on this issue is a great sign that negotiations are proceeding well. Agreement on this difficult negotiating point also gives confidence that the ILWU and PMA will be able to do likewise on other issues without major conflict.

However, it was a major distraction to the ILWU’s talks with the PMA.

Negotiating two major contract situations at once is no easy feat. More than once the ILWU and PMA had to pause talks so the ILWU could negotiate with Pacific Northwest grain handlers.

Also on Tuesday, the 26th of August, the ILWU put out a press release announcing their ratification of the collective bargaining agreement with Louis Dreyfus Commodities, United Grain Corporation, and Columbia Grain Inc.

It took 2 years, lockouts, picketing, and 70 separate negotiation sessions to finally reach this deal, about which the ILWU said:

Bargaining was difficult, but in the end, both sides compromised significantly from their original positions, resulting in a workable collective bargaining agreement that preserves the work of the ILWU-represented workforce and fosters stability for the export grain industry.

It’s nice to be able to report good news on the contract negotiations between the ILWU and PMA, but you may look at these news items and interpret and predict from them differently.

Share your thoughts on the outlook of the situation in the comments section below. 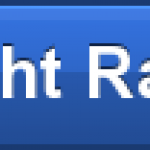