Despite reportedly being 95% complete, there’s a good chance the Panama Canal expansion won’t be completed by April of next year as currently projected.

I can hear those groans and see those eye rolls right through the computers and smart phones you’re reading this on. I know, the Panama Canal expansion was originally supposed to be completed in October of 2014, then backed up to April of 2015 before being pushed back again to April of 2016. But what’s one more push back, right?

Well, there was a little mistake made at the beginning of the project that has plagued the expansion of the Panama Canal ever since.

Right now, there’s some work that’s been done on the project that needs serious repair. Repair brand new work? Why?

Look for yourself. When water is leaking through concrete the way it is in the video below of the Panama Canal’s expansion project, some major repairs are in order.

Just look at the water flowing through there on that video! That Panama Canal lock looks ready to burst like the Hoover Dam in San Andreas. Just for fun, I’ve included that video for you as well:

To be clear, the Panama Canal Authority (ACP) has not announced another delay. The ACP even said that the leaks, which the ACP have acknowledged developed during stress testing of the new locks, will not cause further delays to the expansion according to a Fortune article. Of course, we’ve heard this line from the ACP before previous completion date push-backs.

I guess the new locks did about as well on their stress tests as Howie Mandel would do on a stress test in the middle of a germ factory.

You don’t need an engineering degree to see those leaks are bad. 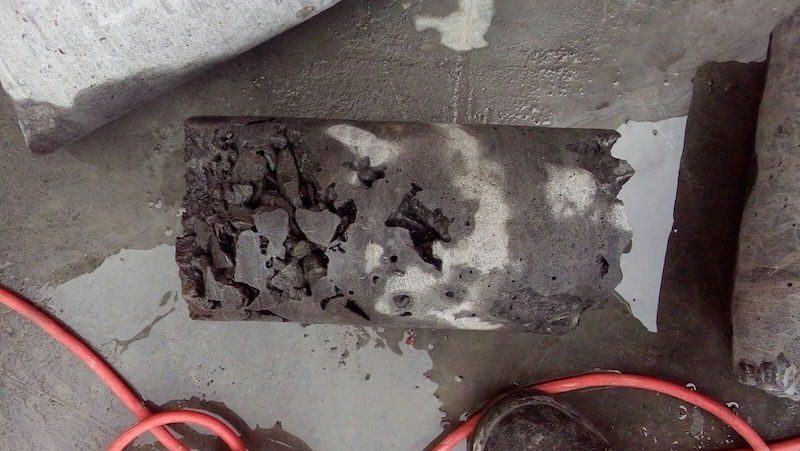 The picture to the right of a core sample from the Cocoli Locks, where the leaks are happening, was posted in an article on gCaptain.

Yeah, I’m sure that’s what they were hoping to see the concrete look like. In case you can’t hear the tone of my voice as you’re reading, that was sarcasm.

The message of the gCaptain article? This “does not bode well for the Panama Canal expansion project.”

Rest assured as the ACP has brought in experts to come in and look at the situation with the locks to help figure out the cause and solution for the leaks.

But shouldn’t experts have been working on this whole project from the beginning? Aren’t experts expanding the canal?

In theory, yes. But this where the little mistake happened on the Panama Canal expansion project. And shippers often make the same mistake when preparing to import or export goods. The mistake: cheaping out.

It is clear that the ACP cheaped out when selecting the contractor to handle this massive and massively important project.

The contractor handling the Panama Expansion is Grupo Unidos por el Canal (GUPC), a consortium of Spanish, Belgian, Italian, and Panamanian firms. Fortune reported that GUPC’s bid on the project “was unrealistically low at $3.2 billion (of an overall $5.3 billion initial tab). This was much lower than competing bids, and even below initial government cost estimates.”

What happens when you buy cheap? And yes, in this instance $3.2 billion is cheap (wouldn’t it be nice to be able to say that with your personal finances?). When you buy cheap, you get what you pay for.

That’s why I always tell shippers not to make the lowest freight rate price the top factor in choosing a freight forwarder or shipping company.

The ACP took the lowest--and obviously unrealistic--bid in choosing who would expand the Panama Canal.

The good people at the ACP probably knew better, but conflicting interests were involved in awarding this job. What? Am I suggesting there was corruption or crooked dealings in the Panama Canal expansion project?

No, I’m not suggesting that. I’m flat out saying it because it’s obvious to anyone who sees the details of the Panama Expansion deal that it is fishy. And that’s probably why fish could squeeze their way through the leaks in the locks.

Go ahead and apply your Ethics 101 knowledge to the Panama Canal expansion deal details provided by Fortune:

The circumstances of the bidding process were questionable. The contract was awarded under previous Canal administrator Alberto Alemán Zubieta, who was also former CEO of Constructora Urbana, S.A. (CUSA), the Panamanian wing of the winning GUPC consortium. Zubieta’s cousin Rogelio E. Alemán is now CUSA’s vice president. In 2010, Spain’s El Pais discovered leaked documents that quoted Juan Carlos Varela, then vice president and now president of Panama, saying, “When one of the bidders bids $1 billion less than the next, there is something very wrong.”

The ACP won’t be saving any money by going with the GUCP on the Panama Canal either. It’s just like when shippers take that quote which is too good to be true and then get hit with unexpected fees and cargo delays. For the ACP, the leaky locks will obviously be costly, but the GUPC has already demanded more money than they bid.

The Fortune article continues with:

Since [the contract being awarded], delays have been caused by labor disputes, issues with materials, and GUPC’s attempts to, in essence, renegotiate its initial low bid. This peaked with a January 2014 demand by GUPC that $1.6 billion in cost overruns be covered by APC. GUPC threatened to stop work if its demands weren’t met, a crisis barely averted through a partial settlement.

This is actually more like the shipping scam where a shipper hires a shipping company, trusts it with their cargo, and then receives demands of more money from the company in order to release the cargo.

Meanwhile, as carriers and U.S. East Coast ports await the completion of the Panama Canal expansion to allow larger container ships to cross between the Atlantic and Pacific, shippers are suffering delays on cargo that’s supposed to be going through the canal right now.

Reynolds Hutchins reports in the JOC:

Ocean carriers are canceling services and telling some shippers they can expect weeklong delays due to considerable and unexplained congestion through the Panama Canal.

The canal was experiencing significant vessel traffic as of Wednesday afternoon. Twelve container ships were transiting the canal and 22 others were awaiting transit…

The congestion began to mount in the last month, according to freight forwarder OEC Group. “Beginning in mid-October, the Panama Canal began experiencing congestion issues on both the Atlantic and Pacific sides,” the company said in a message to customers on Tuesday. Now in early November, the company said, “vessels are currently waiting several days at anchor before being granted entry to the canal.”

These delays may be due to weather, but they may also have to do with the repair work being done at the Panama Canal. Different people are blaming the delays on different things, but the ACP has not made comment to the cause.

They have, however, commented on the delay to the completion of the Panama Canal expansion, or further lack thereof. Hutchins wrote:

Panama Canal Administrator Jorge Quijano has assured shipping leaders that the canal’s new, larger locks should open on schedule. The nation’s foreign ministry already has sent invitations to some 70 heads of state for the opening ceremony.

The assurances Hutchins speaks of are from a month ago and how extensive the repair work will be on the locks is still yet to be seen. Hopefully, Quijano won’t have to send apology letters with an adjusted date to all those heads of state.

At least when most of us make the little mistake of going cheap on something, the costs are not in the billions of dollars and years of difficulty range. 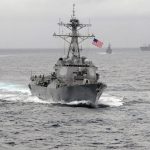