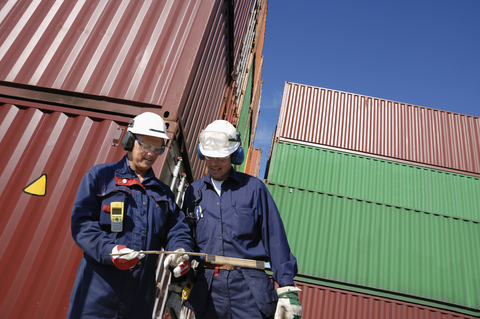 The International Longshore and Warehouse Union’s (ILWU) contract expires next week, but don’t expect negotiations between the ILWU and the Pacific Maritime Association (PMA) to be resolved by then.

The fear of many is that negotiations between the ILWU and PMA will get heated and slowdowns or stoppages will occur at West Coast ports. If stoppages or slowdowns do occur, it will be costly not only to shippers, but to the U.S. economy as a whole.

The ILWU does not like to give much ground. If issues at Terminal 6 of the Port of Portland are any indication, the union is not above creating slowdowns as a tactic to get its way.

How willing and able the PMA is to make concessions will, of course, also come into play. It would not be unprecedented for the PMA to launch a lockout rather than give in to the demands of the union.

What the ILWU Wants:

This is the most likely issue to cause a strike or lockout. Under Obamacare, generous health care plans like ILWU members get will incur a so-called “Cadillac tax” that will come to an annual amount of $190 million to be paid to the US Treasury. PMA is not ready to take on that hefty cost and the ILWU likes its members paying nothing when it comes to health care.

3.       Changing from a combination of man-hours and tonnage to all tonnage due to technology and automation advances that will see man-hours decrease as the basis for assessment payments.

7.     Overtime beginning at 6 minutes past the eighth hour of work for a minimum of one hour.

What the PMA Wants:

The email did not mention shared or full responsibility of this health care cost to the ILWU, but it seems clear that the PMA is not prepared to take on this cost all by itself.

2.       Arbitration reform with financial penalties to be levied against the ILWU for non-compliance with arbitration awards issued in favor of the PMA. A $15,000 per hour penalty for failure to implement jurisdiction rulings.

3.       Hold the line on automation and technology contract language as previously negotiated.

The ILWU wants to renegotiate the automation and technology concessions it previously made.

4.       No creep on union work jurisdiction currently held by the PMA, protecting chassis repair jurisdiction among others.

The Oregonian pointed to the Associated Press’ reporting of a study by Martin Associates that “Between 2002 and last year, the portion of shipping containers that came into the U.S. through West Coast ports dropped from 50 percent to 44 percent… [and] During that period, imports to ports along the Gulf of Mexico and in the Northeast increased,” supporting that the realities of competition make it unrealistic for the ILWU to get all it wants out of negotiations.

The Oregonian says that’s a reality the ILWU needs to face.

How do you think PMA and ILWU negotiations will turn out? Are we going back on strike watch?