Will the ILWU Actually Extend Their Contract Early? Is it possible the International Longshore & Warehouse Union (ILWU) would actually agree to a contract extension before their current contract expires?

Long before their contract expires in 2019 with the ILWU, the Pacific Maritime Association (PMA) is reaching out to the ILWU to extend the contract.

According to a Wall Street Journal article, the ILWU is actually considering it:

Dockworkers and shipping companies at U.S. West Coast ports are officially considering extending the five-year contract they agreed to last year, according to Commerce Secretary Penny Pritzker, who met with the two groups Friday in Los Angeles.

James McKenna, president of the Pacific Maritime Association, which negotiates labor contracts on behalf of West Coast port employers, told Mr. Pritzker on Friday that the association sent a letter to the International Longshore and Warehouse Union suggesting a contract extension.

Union Vice President Ray Familathe confirmed in the meeting that the ILWU received the letter and would be considering the proposition at a caucus in the coming weeks.

The practice of the union is to never extend a contract or complete negotiations for the next before a current contract expires. That way, their most powerful tools for creating leverage in negotiations are open to them: slowdowns and strikes.

The ILWU just saying it will consider extending a contract is news. It’s made headlines across shipping industry publications.

Shippers, and everyone involved in the international shipping industry are certainly paying attention to this situation because of what a large (and negative) effect labor disputes and contract negotiations between the ILWU and PMA have had on the industry.

Really, the whole nation should be paying attention. Port shutdowns and slowdowns, like what happened during the last PMA and ILWU contract negotiations, cost the U.S. economy billions of dollars.

Adding to the chorus of voices urging the two parties to extend the contract long before negotiations turn ugly, the Yakima Herald cites losses experiences by Washington businesses because of the last round of labor strife:

Over the winter of 2014-15, protracted contract negotiations between the ILWU and the PMA resulted in a productivity slowdown at West Coast ports. Regardless of who was at “fault,” the slowdown was real. A Washington Council on International Trade study reported the slowdown cost Washington state businesses more than $765 million.

Northwest apple and pear growers alone suffered approximately $95 million in lost sales, not counting the costs of additional cold storage and penalties imposed by importers due to shipping delays. The long-term effects, as exporters lost customers and shippers changed routing, are still being calculated.

Those millions in losses are just a small portion of the money the contentious contract negotiations cost states, shippers, businesses, families…

How Much Port Disruptions Hurt the Economy & Options Shippers Have

It’s no wonder shippers, businesses, and politicians are urging the parties to talk contract extension.

The Journal of Commerce just published an article about congressmen and shippers sending a letter to push for extension and avoid yet another round of port disruptions because of contract negotiations:

U.S. representatives Dan Newhouse and Dave Reichert, both Republicans from Washington, wrote a letter on the weekend to McKenna and McEllrath. The letter was also signed by seven other congressional representatives from both parties. Citing the hundreds of millions of dollars in damages that agricultural interests and businesses suffered during the 2014 to 2015 coastwide contract negotiations, the congressmen urged the PMA and ILWU to engage in serious and early discussions to prevent further port disruptions.

Perhaps I’m becoming jaded, but like many I am skeptical that the ILWU putting the topic on their upcoming caucus schedule means they’ll actually consider an early extension.

Obviously, shippers, business owners, industry experts, and congressmen must be worried it won’t happen too to be writing so many letters and articles urging the ILWU and PMA to extend.

So we’ll keep writing letters, articles, and blogs about how much the current practice of contract negotiations is hurting everyone else and see if the ILWU does something different than what they’ve always done.

Is the ILWU really considering extending the contract early? What do you think? Comment below. 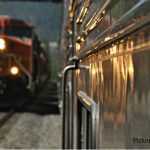 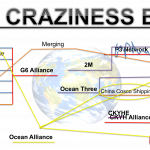