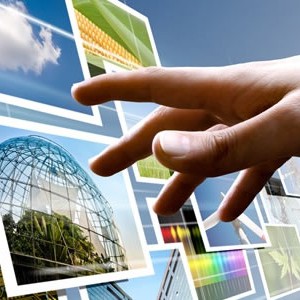 It hit the scene as that mysterious technology behind Bitcoin. No one paid much attention at first. A digital currency that its founders said would ultimately replace real money? Impossible, they said – just another fad that will die out.

Well, those naysayers were wrong. Cryptocurrencies have gradually come of age and are now the means by which individuals and organizations are conducting financial transactions all over the world.

But underneath this crypto disruption is that technology called blockchain. And, as industries and governments have taken a closer look, the promise of that technology has emerged – so much so, that niches like financial services, healthcare, travel, and even education are beginning to latch onto it. And governments are embracing it for a number of functions.

So how can this new technology benefit logistics? Turns out, in many ways.

Just What is Blockchain?

It’s called a “distributed ledger.” What that means, without going into the actual programming details, is that a piece of information or data can be recorded and stored into a “block” that is connected to the block before it and the block after it. It is date and time-stamped and encrypted, so that only those with access permission can see it. And it cannot be altered in any way.

Consider, for example, a contract between two parties or organizations. The terms of that contract are entered into a block. The parties have access to view it, but neither can change it in any way. In order for changes to be made, both parties would have to agree, and those changes would be entered into another block. There is thus an immutable record of all that occurs between those two parties.

The safety and security of the information and data is what attracts businesses and governments to the technology. It reduces fraud, eliminates mis-understandings, and can serve as a legal record of transactions and agreements.

How Logistics can Benefit from Blockchain

Consider the number of parties involved in shipping goods, whether by freight within a country or by boat across oceans. And consider the number of documents involved as well. There are the shippers, carriers, and consignees. There are bills of lading, invoices, and those ever-important proof of delivery documents. When all of this is done manually, by humans, there is the potential for error, for fraud, and just plain inefficiency.

Blockchain technology can eliminate many of the issues of fragmented manual processes. It can record all transactions between shipper and receiver, track the goods, and offer a transparent system for all document management in the supply and transport chain. Each transaction, each point along the destination, can be recorded and validated via an immutable ledger.

Here is a more detailed listing of the benefits that blockchain brings to logistics:

2. Prevention of Fraud and Theft

Because every transaction in the transport is visible to all participants, issues such as double-brokering are eliminated. Shippers are able to track all points, all documentation and transfers, and confirm authenticity.

In the U.S. alone, in 2017, theft of cargo amounted to $89 million. Worldwide, the figure is huge. Blockchain can contain recorded information, such as ID’s and specific rules by which pick-up and delivery must occur, as well as secure transfers of titles. This prevents theft. While cargo is generally insured, each theft serves to increase insurance costs for everyone.

Authenticity of shipped goods has been an issue in many industries – diamonds as just one example. Blockchain can provide a “digital passport” for such goods – data that tracks product from origination, through each point of its journey, to delivery.

Blockchain can be used to assess the performance of carriers over time. As businesses consider selecting a carrier, that carrier can provide access to his history, including on-time pick-ups and deliveries, etc.

Especially related to truck transport, blockchain can play a major role. Carriers now equip their trucks with electronic logging devices (ELD’s) that track routes and driver behavior. When this real-time stream of data is sent to a blockchain, it is recorded and immutably stored. This ensures that drivers are in compliance with company and government regulations.

A side benefit of this is that data can be analyzed, along with real-time weather and other travel conditions that can allow for re-routing as might be warranted.

Smart contracts have long been touted as one of the biggest benefits of blockchain, and the logistics industry is no exception here. Agreements can be made, validated, signed, and then recorded (time and date-stamped). This eliminates any disputes among parties, which can be costly.

And when contracts are between parties of different countries, those contracts can be developed in both languages, and, once it is determined that they both state the same terms, both can be committed to blockchain.

There are certainly barriers to widespread adoption of blockchain in the logistics industry, not the least of which is standardization of the technology throughout the industry. Those companies that have adopted it have developed their own legacy systems, at great expense. And certainly, cost is another barrier. Over time, however, it is the inevitable solution to the challenges that the logistics and supply chain industries face, as cargo amounts and distances continue to increase.

Kristin Savage has graduated from Columbia University where she was majoring in Germanic Languages. Besides English as her mother tongue she also speaks German and Dutch fluently. Currently, Kristin is studying Spanish and planning to obtain her PhD in Applied Linguistics since she is interested in how to use her to some extent practical knowledge of language processes in everyday life. She has been a writer at Pick Writers for a few years and is known for her thorough approach to all the tasks and aspiration to fulfill assignments with flying colors. 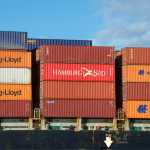 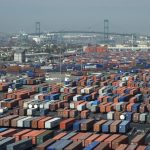