Are Green Efforts Pushing the Ocean Freight Sector Too Hard?

There has been a hard push in recent years, and rightfully so, to decrease pollution in ocean freight shipping.

Great strides in decreasing CO2 emissions are being made. While ocean shipping keeps growing with the world economy we now live in, the maritime industry is actually managing to reduce overall CO2 emissions.

While ocean shipping handles about 90% of world trade, it only accounts for 2.2% of the world’s total CO2 emissions. The ocean shipping industry reduced CO2 emissions by 10% between 2007 and 2012 while world shipping demand increased. The industry has even higher reduction goals that it is working toward now.

In the midst of these gains and while container shipping is significantly the lowest mode of transport in terms of CO2 emissions, the ocean shipping industry is being pushed harder, quite possibly harder than any other industry, to go greener and reduce greenhouse gas emissions even faster.

The International Transport Federation (ITF) wants a carbon tax on ships introduced that will annually cost global shipping firms about $400,000 per ship they own.

Here are some highlights from a Hellenic Shipping News article published today on this carbon levy:

Global shipping firms will have to shell out about $400,000 annually for each ship they own, if the International Transport Federation’s (ITF) proposal to introduce a carbon tax on ships is accepted.

Olaf Merk, author of an ITF policy paper, said: “As some sort of very rough average, the $25-per-tonne of CO2 tax would imply additional costs of $400,000 per year per ship (domestic shipping not included), considering that the global fleet is around 50,000 ships and carbon emissions from international shipping around 800 million tonnes.”

In an emailed interaction with BusinessLine, he said carbon tax is “linked to fuel use” in a move that will incentivise ship owners to make their ships “more fuel efficient”….

Meanwhile, the International Chamber of Shipping has expressed its displeasure at the ITF suggestion, pointing out that the proposed tax would be almost three times higher than the carbon levy paid by shore-based industries in developed nations.

However, it has said that a fuel tax is preferable to complex, market-based measures such as “emission trading schemes”.

That $400,000 figure is obviously a rough estimate from reading the article, but let’s just say it is fairly close to accurate. It would only take operating three ships to cost a carrier over $1 million dollars a year. Consider the big shipping companies, like Maersk (okay, the biggest), that operates over 600 ships. The cost of this tax would approach a quarter of a billion dollars!

Considering the troubles carriers have had making a profit in recent years, this seems like a very steep amount of money. Of course, those big jumps in cost would be passed on to shippers and then consumers.

This is not the only recent green push on the ocean freight industry to stir controversy.

Members of the European Parliament (MEPs) have called for the International Maritime Organization (IMO) to develop a global emissions reduction framework by the end of 2016. The European Community Shipowners’ Association (ECSA) says that is “unrealistic” according to a recent article in Ship & Bunker.

Here’s a highlight from that article:

“We are happy to see that the European Parliament recognises the importance of a global solution for international shipping and gives a vote of confidence to the IMO, which should be allowed to pursue its efforts,” said Patrick Verhoeven, Secretary General, ECSA.

“2016 is right around the corner and as such it is rather unrealistic to expect the IMO to come up with a solution in a matter of months.”

Verhoeven says the industry has already been taking steps to improve its energy efficiency and reduce CO2 emissions, and warned that a unilateral European push for a hard deadline may actually be counterproductive.

“Things have started to move in the right direction and it would be regrettable to reverse the progress achieved so far by jumping the gun,” he said.

“The course of action that has been agreed is to start with an accurate picture of the shipping industry’s CO2 emissions in 2018 (i.e. two years after the MEP-backed deadline),” said Benoit Loicq, the ECSA’s Safety and Environment Director.

“If we now backtrack and skip the data collection phase altogether, how would it be possible to set realistic and fair targets?

At first thought, the end of 2016 is still over a year away. To put together a plan by then doesn’t sound that unreasonable.

However, the international shipping industry already has set goals of emission reductions and are taking steps to reach them. Rushing the industry forward into more than is feasible, like a $20 billion a year CO2 tax, could be bad for the global economy, cause a backlash from the industry, and end up halting progress made in greenhouse gas emissions.

Then again, because most of world trade rides on ocean shipping, maybe the maritime industry should be pushed harder than other industries to go green.

Is the international shipping industry, the ocean freight sector particularly, being pushed too hard to go green? Let us know what you think in the comments section below. 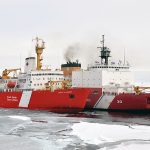 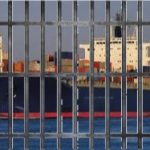