Australia is working on a currency deal with China that would allow the Australian dollar to be directly converted into the Chinese yuan, bypassing the U.S. dollar (USD).

When it comes to international trade and the import and export of goods in the Land Down Under, Australian’s top trade partner is China.  The Department of Foreign Affairs and Trade of the Australian government has a table on their website that ranks country’s in terms of international trade with Australia. China has more than twice the share of two-way trade with Australia as the U.S. at 19.9% vs. 8.9% respectively.[1]

That chart was actually for the year of 2011. Since then, it seems China’s share of international business with Australia has done nothing but grow. According to zerohedge.com, currently 30% of all Australian exports are to China and the country is China’s fifth-biggest source of imports.[2]

Navigating the information superhighway, I’ve stumbled across those silver and gold websites that are always shouting alarms about the deterioration of the USD. Generally, I ignore them as alarmist to get people to invest in gold and silver. But could using the USD as the world’s reserve currency be on its way to being as outdated as using the phrase “navigating the information superhighway”?

BBC News had an article in January of 2011 that opened with: 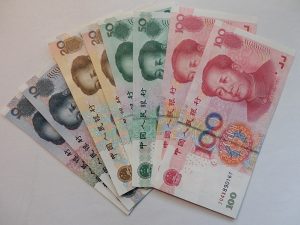 “Chinese President Hu Jintao has said the international currency system dominated by the US dollar is a ‘product of the past’.

“Mr Hu also said China was taking steps to replace it with the yuan, its own currency, but acknowledged that would be a ‘fairly long process’.”

Here we are a couple years later with a deal between China and Australia that would cast aside the use of the USD as a reserve currency being used as a go-between.

“At present, [Australian] companies doing business with China must pay the added cost of converting their Australian dollars into US dollars or yen, and then into yuan.

“Former ambassador to China Geoff Raby, now a Beijing-based business figure, told The Weekend Australian: ‘The value of such a deal would be substantial for exporters to China, especially those that import a lot from China like mining companies, as it would remove business constraints including exchange-rate risks and transaction costs.’”[3]

This is certainly good news for international businesses in Australia that import from and export to China. But you know those silver and gold people are ringing those alarm bells.

U.S. shippers, importing and exporting goods from and to China can go about their international business as usual; however, this is significant news that could create major change in the world trade picture. Zerohedge, under the guise of Tyler Durden, puts is like this:

“…while previously the focus was on Chinese currency swap arrangements, the uniqueness of this… news is that it promotes outright convertibility of the Yuan: something China has long said would happen but many were skeptical it ever would. That is no longer the case, and with Australia setting the precedent, expect many more Asian countries (at first) to follow in Australia’s footsteps…”[4]

But for years people have talked about the USD losing its reserve status.

Back in 2009, Helmut Reisin raised the question of “Is the renminbi the next global reserve currency?” in an article called Shifting wealth: Is the US dollar Empire falling? He pointed out:

“While the US has been enjoying the spoils of reserve currency status, this is by no means assured for the future. As emphasised by Avinash Persaud (2004):

‘…reserve currencies come and go. They don’t last forever. International currencies in the past have included the Chinese Liang and Greek drachma, coined in the fifth century B.C., the silver punch-marked coins of fourth century India, the Roman denari, the Byzantine solidus and Islamic dinar of the middle-ages, the Venetian ducato of the Renaissance, the seventeenth century Dutch guilder and of course, more recently, sterling and the dollar.’”[5]

Don’t let the alarmists worry you.

Will the USD lose its world or global reserve status? Eventually, it probably will; however, there will be a long transition period.

The dollar won’t stop being held as reserve currency anytime soon. And just because Australia is joining the U.S. (and Japan, by the way) in being able to directly convert their currency to yuan, it doesn’t change the ability of international businesspeople from the U.S. to convert their dollars directly to yuan.

What are your thoughts on this deal and the direction of the USD? Let us know in the comments section below.