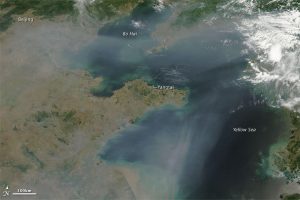 It’s no secret that pollution in China is bad. If you ever visit the country, you’ll probably notice some people walking around wearing surgical masks because of the haze from China’s industrialization that you can actually see in the air.

Not only can you see that pollution haze from the ground, you can see it from outer space. NASA took the picture to the right in which the pollution haze can be clearly seen over eastern China.

China has decided to do something about the pollution. And that action is affecting shippers who import from China.

Helen Zhu wrote in an article on EJ Insight:

In Beijing… the PM2.5 concentration monitored by the US embassy shows that the monthly index grew more than threefold between August and December in 2016, and similarly in 2015.

The central government recently launched a campaign to help the Beijing-Tianjin-Hebei region and neighboring provinces control pollution this autumn and winter, which may bring some positive changes to the situation this year.

PM2.5 is a particulate matter size that is small enough for people to breathe into their lungs, which can cause serious health problems. The EPA defines the term as follows:

PM2.5 consists of “fine particles” with aerodynamic diameters less than or equal to 2.5 microns (μm).

The concentration of this dangerous particulate matter tripling over just a handful of months is obviously very concerning. Therefore, China is not merely launching a campaign against it but is taking unprecedented action to fight the pollution.

You can get an idea of how big this China’s crackdown from what Jane Cai reported in the South China Morning Post:

An army of 5,600 inspectors, from not only China’s environment ministry but also the Communist Party’s anti-graft watchdog and personnel unit, were dispatched to the provinces to check whether local cadres were doing their jobs to protect the environment. This unprecedented action caused many local officials to overreact by shutting down all possible pollutant sources.

It’s the shutting down of “all possible pollutant sources” that is having such an impact on shippers.

We’ve all become accustomed to reading “Made in China” on products we find on store shelves. In fact, many of you who read Universal Cargo blog posts like this one are shippers who import goods from China. I don’t want to minimize the importance of China fighting its major pollution problem, but it’s also in our readers’ and customers’ interest to point out the supply chain disruption to imports from China being created by factories shutting down because of China’s pollution crackdown.

Factory operations suspended under sweeping environmental inspections are affecting supply chains in China ranging from chemicals to electronics to textiles, creating a crunch at its ports and uncertain timelines for deliveries, sources told Bloomberg BNA.

The situation could linger for months as authorities near major urban areas around Beijing, Shanghai and South China’s Pearl River Delta push to meet cleaner air quality goals laid out in a national air pollution action plan launched in late 2013, which expires at the end of the year.

“Tens of thousands” of factories have been affected in and near the major urban centers, with impacts ranging from “complete factory shutdowns [to] temporary closures” with unknown timeframes for resolution, Gary Huang, who sources products in China for Amazon.com sellers and is head of the supply chain committee at American Chamber of Commerce in Shanghai, told Bloomberg BNA.

What’s more, these factory shutdowns are happening as the holidays approach. September is traditionally part of the peak season for international shipping, when U.S. shippers are doing a great deal of importing from China in preparation for holiday shopping.

Many importers are having to change plans on suppliers of inventory.

Are you being affected by factory shutdowns in China? Share your experience in the comments section below. 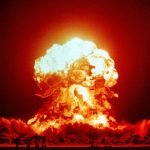 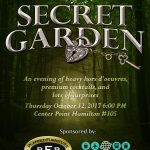