By Jared Vineyard
Posted December 15, 2020
In importers, Supply Chain
Furniture Importers Can Make Big Money Over Next Few Years If They Can Solve This Problem Part 22020-12-152020-12-15https://www.universalcargo.com/wp-content/uploads/logo-white.pngUniversal Cargohttps://www.universalcargo.com/wp-content/uploads/cat-hears-risk-for-furniture-importers-scaled.jpg200px200px
0

In the first part of this series, we got into what has created the demand hike for furniture and why furniture demand should continue to be strong for some time. Today, we’ll get into the struggles furniture importers are facing and the risk to sustained future demand in the home (and office) furnishing market.

JC Reindl wrote a story published by Detroit Free Press last week that encapsulates what furniture businesses are going through.

Reindl’s article gets into the struggles of Loves Furniture & Mattresses despite the current spike in furniture demand.

While the article spends a good chunk of real estate on a payment and service dispute between Loves and a sign company called Fairmont Sign Co., what most concerns us is how the article says an inventory crunch appears to be putting financial strain on the company that took over Art Van Furniture stores just last year. In fact, in the very first paragraph, the article points to pandemic-related supply chain issues as the cause for Loves struggles to pay vendors and put fresh inventory in its stores.

There could have been some poor business decisions that played a role in Loves Furniture’s struggles, as the article quotes the company’s new CEO, Mack Peters, who was brought in to turn things around as saying, “To make a long story short, we kind of got ahead of ourselves a little bit.”

Even so, many furniture companies are facing the same problems Loves faces with getting furniture (or even the raw materials for creating furniture) imported, shipped to stores, and shipped to customers.

The article spends a few paragraphs on Peters talking about leveraging his contacts in the furniture industry to speed up deliveries. He says one of Loves’ biggest suppliers normally delivers in 3-6 weeks from the placement of an order but is now saying it will take half of a year or longer. Peters says, basically, that because he has relationships and pull within the industry, he can get inventory delivery in March rather than June or July. “But still, that’s three months compared to six weeks.”

We’ll get into ways businesses in the furniture industry can improve their supply chains in a future blog (and you can always contact Universal Cargo to help you with your importing, exporting, and even domestic shipping of furniture in the meantime), but let’s take a moment to look at the risks to the sustained furniture demand low interest rates appear to be offering.

No one can tell the future, but, in the first part of this series, we got into why demand should remain high for furniture over the next few years. The biggest reason was the central bank saying it would keep interest rates at or around zero until 2023.

While low interest rates do encourage house buying and increased spending as well, they also tend to push up inflation. As buying power of the dollar shrinks, spending tends to suffer. If inflation increases too much, the fed could quickly change its mind on maintaining those low interest rates, which would dampen the housing market and, thus, the furniture market. Plus, how often do we trust those running the government to actually keep their word? Because the fed says it’ll keep rates ultra low until 2023 does not necessarily make it so.

Polarized politics, drastic gaps in costs of living between states, and regulations pushing businesses out of certain states will certainly remain driving forces for people to move from one state to another in large numbers. That certainly helps keep demand up on house and furniture buying. However, a new Biden administration could create serious changes to the overall U.S. economy that could dampen the furniture industry some.

President Trump’s policies of lowered taxes and deregulation resulted in more jobs, higher median income, and a very strong economy. Under President Biden, increased taxes and increased regulation could have the opposite effect on the economy. Additionally, more than doubling the minimum wage, as President-elect Biden is for, risks inflation and increased unemployment, as these things have come with increasing minimum wage in the past.

Those would be negative factors for demand on housing and furniture. And let’s not forget businesses account for a good portion of furniture buying, which would also lessen with a dampened economy.

Additionally, we still have not fully felt the effects of the shutdowns as they have been mitigated by government stimulus. As a vaccine is now being distributed, and the world prepares to move past living in fear of COVID-19, how many businesses will never reopen? How many jobs permanently lost? How much toll will the economy feel?

All these risks have the potential to decrease spending in markets across the U.S., including the furniture market. However, let’s not leave this section on a sour note.

Even with the risks of the incredibly high demand the furniture industry currently sees coming to an end, there is always going to be a market for furniture. People always need a place to live and work, and furniture plays a role in that. Despite risks of demand falling from its current height, optimism is still high for the industry’s demand in the upcoming few years. Furniture businesses need to make sure they have the right logistics in place to meet those demands. 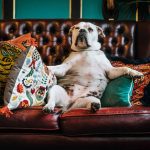 Furniture Importers Can Make Big Money Over Next Few Years If They Can Solve This Problem Part 1importers, importing, shipping, Supply Chain 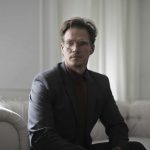