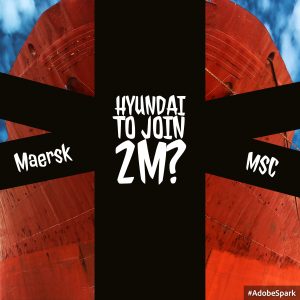 “The memorandum of understanding is only a paper to agree to discuss. We are still in negotiation,” an article from the Loadstar quoted Caroline Becquart, MSC’s senior vice president and head of Asia network and vessel sharing agreements, as saying about the memorandum of understanding HMM signed with Maersk Line and MSC to join their 2M alliance.

Everyone had all but taken for granted that HMM would would turn the 2M into the 3M, but the Loadstar article mentioned above headlines with, “HMM joining 2M alliance may not be a done deal after all, post-Hanjin.”

The article is all about how Hanjin’s bankruptcy has changed things, possibly making the 2M partners change their strategy and making it likely HMM will not be joining Maersk and MSC in an alliance.

In a Universal Cargo blog sharing the news that HMM entered talks to join the world’s biggest and most exclusive carrier alliance, I brought up the question of why Maersk and MSC would choose HMM to join their alliance in the first place.

Earlier in the month the alliance talks were announced (only a few months ago) it looked like HMM was the major South Korean shipping line about to go bankrupt. In order to keep out of receivership, HMM managed a huge financial restructuring where its creditors required HMM to meet three conditions:

HMM had to join a carrier alliance, but Maersk and MSC certainly didn’t need to let it into theirs.

Perhaps seeing a major shipping line--and HMM’s fellow South Korean shipping line, Hanjin at that--made the 2M carriers rethink HMM’s admission to their club. Maybe the talks were never that serious and HMM oversold the negotiations to join 2M in order to make it look like the shipping company was making the third requirement it needed to stay afloat.

What seems most likely is that 2M was able to get what they wanted without HMM because of the collapse of Hanjin.

HMM was quoted, in a Wall Street Journal article when the news broke of their negotiations to join 2M, as saying, “2M has wanted to enhance its influence in the Asian region. And we want to raise our presence in Asia-U.S. routes. Both sides will benefit from a successful deal.”

… Alphaliner said: “So far, the 2M carriers are most aggressive when it comes to the deployment of additional capacity to cater for Hanjin’s former customers.”

The analyst said the 2M’s new TP-1/Maple transpacific service – introduced to target distressed Hanjin shippers – would deploy ships of 7,800-9,400 teu, which are significantly larger than the 5,000 teu vessels originally announced.

While it looks like Hanjin’s collapse is affecting the future of the 2M alliance, it is definitely having a profound effect on other alliances.

Hanjin belonged to the CKYHE alliance with Cosco, “K” Line, Yang Ming, and Evergreen. The shipping line’s collapse suddenly takes a huge partner out of that equation (while causing some partners to have cargo stuck on Hanjin ships in the meantime).

Hanjin was also supposed to be a major partner in the new THE Alliance with Hapag-Lloyd, Mitsui OSK Lines, NYK Line, K Line, and Yang Ming Marine Transport.

If 2M really doesn’t add HMM to the alliance (as it looks now), perhaps HMM will end up in the THE alliance that originally snubbed it. 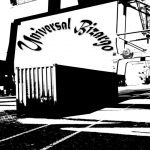