The pandemic has played havoc on anyone looking to make a living by importing and exporting goods. The question we are left with is just how bad the situation is and how many aspects of international shipping have been affected. So, let’s look at how bad the global shipping crisis truly is and what to do about it in an attempt to shed light on the subject.

The Severity of the Global Shipping Crisis Today

Even if you manage to secure a reliable way to ship your import or export goods, the next challenge in line is the limited capacity of your shipper. Boats, currently considered the most reliable method to transport goods, do not have unlimited cargo holds. This means that, with how tricky organizing shipments is, you are likely to only have a portion of your goods transported every time instead of being able to organize a proper fleet.

Amid the global shipping crisis, warehouse workers are suffering. The congestion, unreliable schedules, and a host of other problems all mean that goods languish in warehouses for months, which prevents new goods from having a staging area. This makes organizing your crew for shipping it all out even more difficult. Interestingly, according to the observations of moving and storage experts from getmovedtoday.com, this issue has affected the moving industry too. Goods are spilling over into storage facilities typically used for other needs.

There are two factors making up this issue. One, the production of new shipping containers is stalling. This is because the pandemic has hit the countries that produce most of them the hardest. And secondly, a lot of U.S. import and export companies worked closely with Chinese shippers, while China is currently putting forward a policy of returning their containers to the country quickly. This means that containers that would typically be full of American goods on the way back are now returned empty. This might eventually grow into another funny story from the supply chain industry, but right now, it is the terror of export companies throughout the U.S.

With people scrambling to find shippers that can work effectively despite the global shipping crisis, prices are going through the roof. A reliable shipping company is currently worth more than words can describe. However, this means that the profits that could be made from imports or exports are taking a severe hit.

More frustratingly, even if you have the services of a reliable shipping company, you might not have the required goods. With all the chaos of the pandemic, productivity has been down worldwide. Even previously efficient suppliers are having trouble meeting the demands of local clients. And with import and export being so tricky, they tend to prioritize local business.

Ports and airports are often being shut down due to various concerns. Even if they are not outright closed, the flow of goods and people is slowed to a crawl. This means most companies that ship goods internationally flock to the same destinations. And as a result, the severity of all the issues we have previously noted is further exacerbated.

One of the worst challenges facing anyone trying to engage in the import or export of goods right now is the endless delays. They happen because of the previously mentioned problems with global shipping. However, what is particularly harmful to international import and export companies is the need to stick to the promised schedules. If you have signed a contract to deliver a specific amount of goods by a set date, you would be found in breach of that same contract. And losing a client is the least of what could happen as a consequence.

One of the simplest solutions to combat the global shipping crisis is prioritizing closer or, preferably, local suppliers. This would allow you to focus only on the export portion of your business if you’re an exporter or avoid importing over seas and through ports. And, as such, reduce delays. Of course, this may be not only unsustainable but also an invalid way of doing business for companies who have built themselves around the import of goods.

It is a prevalent belief that the only way to sort out the chaos amidst the global shipping crisis is to rely on programs. After all, if something could track all shipments worldwide, it could organize them into something manageable. The problem with this solution is, unfortunately, obvious. First, the time and resources needed to develop such sophisticated logistics AI are immense. It would mean not seeing a viable solution for months, if not years. Secondly, it would require a far closer degree of cooperation from former competitors than most would feel comfortable with.

In the end, the only short-term solution available is close cooperation between shipping companies and the various import and export businesses, which is exactly what everyone is currently trying to secure. If you can find a reliable partner, you would have a way to get goods where they need to go, and the shippers would have goods to move. Unfortunately, we have already discussed one of the issues from such a scramble – the spike in shipping costs as everyone tries to offer more money to have their goods moved.

Now that you know how bad the global shipping crisis truly is and what to do about it, it should be obvious there is a lack of a quick solution. For the time being, most experts agree that these problems are unsolvable. Yet, things will only get grimmer unless something changes soon.

Mathew Rayden has worked in the shipping industry for over a decade, with a recent shift towards a managerial position in an import/export company. He also loves to write blog posts dealing with various challenges that the industry is going through and that he has personally experienced in his work. 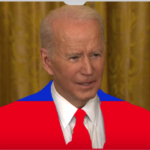