How the Food Industry Ships Across Countries and Continents

Food shipped internationally by sea and air across countries and continents is the most cost-effective way to transport consumable products. Frozen storage and insulated shipping ensure food reaches its destination quickly and in perfect condition. Some of the largest cargo ships can carry loads of 740 million bananas in 15,000 containers on a single trip. As such, 90% of all trade occurs at sea.

The cost of shipping is so low that often companies save money by shipping items abroad for refining or work. For example, it is cheaper to ship sturgeon caught off the coast of Scotland to China for filleting and packaging, then back to Scotland to retailers, than it is to have the fish filleted and packaged in the UK. 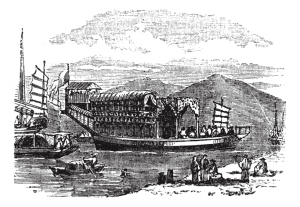 Food has been moving around the world’s oceans since long before European traders brought tea from China. Three thousand years ago, the Phoenician empire established a vast trading network that spread out beyond the Mediterranean Sea. In addition to materials like timber, precious gems, and raw materials, food items were an important part of the cargo manifests. Phoenicians shipped olives, honey, spices, and other food items.

More recently, after the discovery of America by Columbus, ships regularly carried new, popular food products like cocoa and corn as well as grains and other staples to help feed the population of Europe.

The Contamination and Preservation Problem

In ancient times, before refrigeration and modern shipping methods, preserving foods was difficult. Virtually the only way to preserve food was through drying, salting, or fermenting. Up until the Age of Exploration, most voyages were short enough that preservation was not a problem.

Transatlantic voyages, however, meant many comestibles arrived spoiled and unusable. Produce, fruits, and other perishables became easily contaminated. The storage and packing facilities lacked sanitation. Science had not yet caught up with the opening of global trade routes. Items sensitive to heat and cold rarely made it intact to their destination when shipped across the Atlantic or Pacific.

Today, the use of shipping containers made of steel, plastic, and other materials, as well as refrigeration methods, make the process much easier.

Overland shipments of food predate those by ship. Caravans have transported food goods by land from as far away as China since before the time of the Phoenician Empire. Before Romans, ancient civilizations developed and maintained intricate land networks to move goods, much of it food, from place to place.

Today, concrete and asphalt super highways crisscross continents. Massive road building even in some of the recently inaccessible areas of the world, like Africa and South America, have made food products more accessible to the masses than ever before.

Improved road conditions in Africa resulted in massive reductions in the time it takes for produce grown in Africa to reach shelves in Europe or America.

Globally, the combination of land, sea, and air shipping saw a reduction from 12 days from farm to shelf ten years ago to only four days today.

Technology has improved the way comestibles get to your table. Once refrigeration became commercially viable, around the end of the 19th century, spoilage levels per shipment dropped significantly. 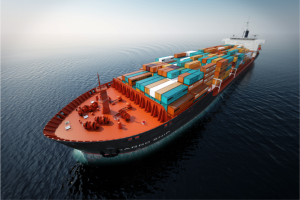 As the shipping networks across the world become more efficient, and a greater number of goods become available, the volume of goods traveling through the ocean’s seaways will continue to rise. Today, this increase has allowed emerging economies to supply goods and surpass formerly dominant markets.

Some, including the European Environmental Commission, argue the environment suffers due to the streamlining of the food shipment process, as the shipping industry is the greatest single contributor of transportation pollution, most of which is carbon dioxide. At first glance, this figure may be deceiving, as this is only due to the volume of shipped goods.

On a scale to scale measure, shipping produces only a fraction of the greenhouse emissions of other food transportation methods, such as road or air, and at a much lower cost.

The food industry today must meet strict international shipment and sanitation guidelines before they can transport produce and other edible items. The laws regarding the use of containers require companies to use “food grade” containers.

To be considered food grade, the container must be new when the company procures it. A business can use food grade drums, for example, repeatedly if the company buys the drums new from a supplier.

Once, however, a drum is sold to someone else, it can no longer be considered food grade and esculent should not be shipped in it.

Most companies like to use food grade 304 stainless steel drums. This type of steel, also used in pots and pans, does not leach harmful chemicals into the comestibles. Every part of the drum must be made of 304 stainless steel, including the fittings and cover, or it is not considered food grade.

Certain esculent can be shipped in less expensive carbon steel drums if a food grade lining covers the interior.

Sea and land shipments of foods sensitive to cold or heat get transported in special refrigerated containers. Other foods may also get transported this way, depending on the routes or the estimated time before selling the goods.

Though food shipments are an important part of commercial shipping, transportation companies ship many more consumables and durable goods than food items. Much of the burden of transportation planning falls on the food industry itself. For non-perishables, just about any new, used, metal or wooden container can be used. Temperature and time in transit may not be as critical either.

Food logistical planning requires careful consideration of the exact commodities shipped and the routes. The food industry must make careful arrangements to ensure that food grade shipping containers are available throughout the transport process.

Food shipping has come a long way since ancient times. Today, modern shipment methods allow anyone anywhere in the world to enjoy his or her favorite foods no matter how exotic or how far away the item is grown or produced.

Cory Levins serves as the Director of Business Development for Air Sea Containers. Cory oversees the development and implementation of ASC’s internal and external marketing program, driving revenue and profits from the Miami FL headquarters 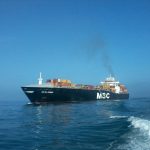