Inflation eats away at the very core of what you work for – your value.

We exchange our lives, our time, our energy and resources for a return; wage, salary, return on investment, profits etc.: all some type of mechanism that compensates you for your blood, sweat and  tears (of which there are about to be many more).

Rising food costs the world over are often cited as an “underlying cause” pressing people into the streets in countries like, India, Yemen, Egypt, Libya, etc.

Now, China is dealing with a large scale strike in Shanghai: one of China’s busiest port cities. Rising fuel prices and wages that are not keeping up, are noted as the cause (see following link)  for truckers to take to the streets pressing the point, even becoming violent.

This is a brutal clash between those striking and those who just want to work.  But the true clash occurred long before – when reason collided with insanity and the insane was made to sound good – so bail outs and things like QE 1 & QE 2 were born.

With the world’s major currencies involved in some form of Quantitative Easing and a “race to the bottom” lead by the US with its various bail outs, stimulus spending, and QE 1 & QE 2 – the money supply has risen, no – multiplied more sharply than any time in recent memory, creating a much weaker dollar and inflation.

So – in part because of our weaker currency, fuel in some parts of the USA is now 5.00usd per gallon again. But oil price increases have effects on the world over.

In Shanghai, truckers have taken to the streets over the recent run up in fuel costs.  And yes – this is inflation, even if governments like the USA excerpt fuel and food costs in their official calculations of current inflation.

(Photo from Politics As Usual)

Bellow is an excerpt from the text of an email my office received last night. It is an eye witness account. (unedited)

“The police dispelled the gather around the terminal and depot yesterday 4/20. However several terminals was forced to close last yesterday.

Today, police are standby at the gate of the terminal and depot, so there’s no big gather but strikers separated to the surrounding area to attack the non strike trucker, messengers etc and a lot of truck tire were running flat on the way to the terminal caused by the nails (spread on the road by the strikers last nite).

Even worth is messengers were attacked which caused the delay to take the E.I.R.(Equipment Interchange Receipt), also caused trucker cannot pick the empty container to/from terminal. All carriers been impacted.

All above are reported from depot/trucker and couriers, however, I just run back from the terminal area, what I can see is a little bit less container truck traffic and each major junction with police car standby. No demonstrate, no gathering been seen.

Also, from some other source, certain agreement was reached today, the trucker’s cost/expense will reduce.

Hope the chaos will over and recover tomorrow or the day after.”

“Scary, but unlikely” you say; just be prepared in every way you can.

The difference is, you don’t use gold every day to get around or conduct your business – as you do with energy – fuel – OIL. 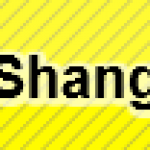