Investigations in Deadly Collision Between NYK Containership & US Destroyer 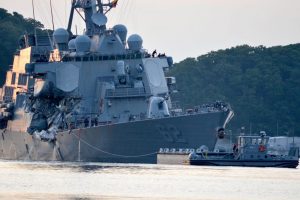 Tragic news came out of the international shipping industry about a week ago when a Nippon Yusen Kabushiki Kaisha (NYK) container ship collided with a US Navy destroyer, killing seven US sailors.

New details are emerging as investigations into the collision continue.

It was about 1:30 in the morning on Saturday, June 17th in the Pacific waters off the Izu Peninsula of Japan when the fatal collision occurred.

The smaller guided-missile destroyer USS Fitzgerald suffered severe damage to its starboard side.
“The collision affected Fitzgerald’s forward starboard side above and below the water line, causing significant damage and associated flooding to two berthing spaces, a machinery space, and the radio room,” according to a statement from US 7th Fleet.
…

The merchant vessel involved is the ACX Crystal, a container ship flagged in the Philippines, officials said….
No one aboard the Crystal was hurt, and no oil spilled from the vessel, NYK said.

At the time of the reporting, a few crew were injured, including the Crystal’s commanding officer, and seven were missing.

Unfortunately, hopes of rescuing the missing crew members were dashed by the news reported by Brad Lendon, Barbara Starr, and Steve Almasy on CNN.com:

Seven missing sailors from the USS Fitzgerald were found dead in flooded berthing compartments following the warship’s collision with a merchant vessel, a US military official said.

The Navy’s 7th Fleet said searchers found the bodies Sunday morning, Japan time, after the guided-missile destroyer returned to its base in Japan.

Amazingly, the crew managed to keep the USS Fitzgerald from sinking despite the fact it was heavily taking on water.

Exactly how this collision between NYK container ship and US warship occurred is still under investigation, but Mark Edward Nero reported in American Shipper:

The NYK-chartered containership that collided with a U.S. Navy vessel off the coast of Japan on June 17 was on autopilot at the time of the early morning collision, a preliminary investigation has found.

According to tracking data from the Automatic Identification System, the ACX Crystal was being controlled by a computerized navigation system at the time of the collision, the U.S. Navy 7th Fleet has confirmed. The possibility of the system having malfunctioned is one of the issues currently being investigated.

Whether the container ship’s navigation system malfunctioned is not the first issue to be reported that is being investigated. ABC News published an Associated Press article by Mari Yamaguchi that reported there was about an hour delay before the crew of NYK’s Crystal reported the collision:

Japan’s coast guard is investigating why it took nearly an hour for a deadly collision between a U.S. Navy destroyer and a container ship to be reported.

A coast guard official said Monday they are trying to find out what the crew of the Philippine-flagged ACX Crystal was doing before reporting the collision off Japan’s coast to authorities 50 minutes later.

A track of the much-larger container ship’s route by MarineTraffic, a vessel-tracking service, shows it made a sudden turn as if trying to avoid something at about 1:30 a.m., before continuing eastward. It then made a U-turn and returned around 2:30 a.m. to the area near the collision.

It will have to be seen if the delay in reporting the incident was because of the crew being busy in the emergency situation of the collision or if there was some sort of negligence involved.

The waters the collision took place in contain very busy shipping lanes. There are strict navigation rules there to prevent collisions, and investigations should reveal whether or not all such rules were being observed at the time of this fatal collision.

Our hearts here at Universal Cargo go out to the family, friends, and crew mates of the lost sailors in this incident. 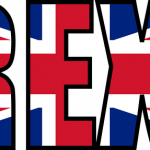 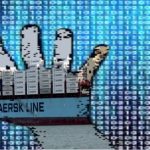