Is the US Entering a Full-Fledged Trade War with China?

From the election of President Trump, there have been worries about protectionist policies and a potential trade war with China because of Donald Trump’s promises to decrease the U.S. trade deficit with China and his outspokenness on unfair trade practices from China and bad deals the U.S. has with its biggest trade partner.

Fears over the possible negative impact of protectionism and a trade war with China could have on both the US and global economies have fueled headlines ever since President Trump’s election.

That fear of a full-blown trade war ramped up last week when President Trump announced placing tariffs on imports from China and filing a World Trade Organization (WTO) case against China’s Intellectual Properties (IP) practices pertaining to US exports to the country.

President Trump said, “… with China, we’re going to be doing a Section 301 trade action. It could be about $60 billion but that’s really just a fraction of what we’re talking about. I’ve been speaking with the highest Chinese representatives, including the President, and I’ve asked them to reduce the trade deficit immediately by $100 billion.”

After President Trump announced that he would be signing the Section 301 trade action “right here, right now,” he introduced Trade Representative Robert Lighthizer to explain the action:

First of all, for those of you who don’t know, Section 301 is a statute that gives substantial power, authority to the President to correct actions in certain circumstances where there’s unfair acts, policies, or practices by our trading partners.

In this case, the area is technology….

[From a thorough study] we concluded that, in fact, China does have a policy of forced technology transfer; of requiring licensing at less than economic value; of state capitalism, wherein they go in and buy technology in the United States in non-economic ways; and then, finally, of cyber theft.

The result of this has been that the President has analyzed it — we have a 200-page study which we will put out — and he has concluded that we should put in place tariffs on appropriate products — we can explain later how we concluded what products they are; that we would put investment restrictions on China with respect to high technology; and that we’ll file a WTO case. Because one of the actions here does involve a WTO violation.

The president is not wrong in that there are unfair practices when it comes to both tariffs and IP practices from China. Perhaps he is also right in this response to that inequity.

But not unexpectedly, China has responded to President Trump’s tariffs and WTO case moves with increased tariffs of its own against US products.

China’s plans for reciprocal tariffs of $3 billion on products from pork to wine represent a tiny fraction of its U.S. imports. Crucially, the Commerce Ministry said those were in response to Trump’s steel and aluminum tariffs, and said it has a plan to act further on the planned levies on $50 billion worth of Chinese imports that his administration announced Thursday.

Could this escalate into a full-blown trade war with the US and China going back and forth with tariffs and other moves to damage each other’s economy?

It is certainly possible, but there’s reason to believe our countries will come to terms. Yu Zheng writes in the Washington Post that “a conventional comparison would suggest that stakes are higher for Beijing” and points out that China’s actions show an unwillingness to set out on a full-blown trade war:

So far, China has shown restraint. Beijing imposed tariffs of between 10 and 20 percent on U.S. agricultural exports, with a total amount of $3 billion. None of the products on the list appear crucial for either country. This measured retaliation signals that China is not yet willing to push the tensions into a full-fledged trade war.

On the other side, the White House has declared it’s not afraid of a trade war.

Despite threats of retaliation from China over U.S. plans to impose tariffs on up to $60 billion in Chinese goods, Treasury Secretary Steve Mnuchin on Sunday said President Donald Trump had no intention of backing down and was not worried about a trade war.

“We are going to proceed with our tariffs. We’re working on that,” Mnuchin told Fox News Sunday. “So, as President Trump said, we’re not afraid of a trade war, but that’s not our objective.”

President Trump is certainly doing his best to make good on his promises when running for president to get a better trade deal with China and reduce the US trade deficit with the country. And he might succeed here.

One would tend to think with the appearances of China fearing a trade war and the US showing a willingness to enter one that China would be willing to compromise with US demands.

However, President Xi Jinping will certainly want to show strength freshly off his power grab for lifetime control of the communist state. Just giving in to US demands seems like something President Jinping is unlikely to do. But President Trump may not want to settle for anything less.

The pride and stubbornness of both leaders make it likely that there will be at least some escalation and time before resolution is reached, but in reality, an all-out trade war is almost always a lose-lose situation that will not likely be good for the US or China. The question is whether the egos and beliefs of the two countries’ leaders would allow them to lead us into that full-fledged trade war.

We’d love to hear your thoughts in the comments section below. 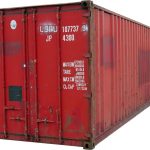 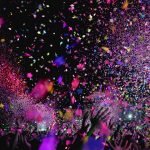