Back by popular demand, today’s blog is a second installment of international shipping definitions vs. Urban Dictionary definitions. Well, mainly, my wife wanted me to do another installment of this. But it was also a popular blog.

Sometimes it’s a good idea to get out of your own world. It turns out terms we use constantly in international shipping have very different meanings in circles outside of our industry. With the help of UrbanDictionary.com, we’ll find out why people are snickering when we say some of the things we say.

Last time we did this, we learned new meanings for the following words: shipping, freight, freights, TEU, and slot.

You mean shipping has a meaning other than transporting goods by sea, air, and land? Inconceivable!

Let’s learn what the words we say really mean, at least, according to the Urban Dictionary.

We all know what import means. It’s shipping in goods from another country, right President George W. Bush?

Something which, according to President Bush, seem[s] to be coming from overseas……. “The vast majority of our imports come from outside the country.” – George W. Bush

Another Urban Dictionary definition for import:

[A] foreign car rather “fixed up”, that hold races on the streets, the track or for show at a car show.

“My badass import is a Toyota Supra.”

This definition isn’t really venturing outside the traditional use of import. It’s just getting stuck on the specific import of a vehicle. However, Urban Dictionary does have more definitions of import.

immigrant; someone not born in this country

I don’t really like hearing import being used to refer to people. That seems to make objects of them, or worse yet, goods. At best, this definition is derogatory.

But the Urban Dictionary definition that has to take the cake for import is the following one.

The act of arranging a booty call/sex partner to come over to your house.

Yeah, man, I have made all the necessary arrangements for an import tonight; she’s coming all the way from Martyland, across state lines…

I don’t know where Martyland is, but apparently it should be called Partyland.

If we start with import, it only seems right to move to export next. In international shipping, export is, of course, the opposite of import. To export is to ship goods out of the country into foreign markets.

Not so fast, says the Urban Dictionary.

An export is a pint sanctioned by a beloved local. Unlike a regular pint, this one is endorsed by the pub, who are entirely happy that you take it home with you, glass and all.

It must be noted that with power comes great responsibility. The glass must be returned within a 24 hour period, lest said privileges be revoked.

Should a member of staff ever question the loyalty of an export beneficiary, his/her door keys must be offered to whomever asks, with an invitation to check said home for unreturned glasses. If a single pub glass is found, said folk be barred for a month.

You: ‘What time are you closing tonight?’

You: ‘May I have a pint now… and an export for later?’

Export simply means to steal or to commit a robbery.

Do you want to export this mans yard?

It should be noted that the above is exactly how the definition and example of the word usage appears in the Urban Dictionary. I did not think it my place to edit it.

At first, when reading the latter export definition, I was concerned for the man’s yard that was about to get “exported”. However, I am now intrigued with how the thieves will go about “exporting” a yard and what tool they’ll need to accomplish the feat.

Here’s a term we use often in international shipping. In fact, if you read this blog regularly, you know that we talk about carriers all the time.

We had no idea writing those blogs that someone might be thinking we were referring to what or whom the Urban Dictionary says carriers are.

The first two definitions of Urban Dictionary refer to a game called StarCraft, but I guess I’m too much of a “n00b” to know what they’re talking about and will avoid the game to keep from getting “the crap owned out of” me. That certainly does not sound good.

The next definition of carrier that Urban Dictionary offers also does not sound good.

A woman who’s job is to be pregnant every 9 months. She pops out babies after babies which enables her to be unemployed and drain government money.

Ashley is always pregnant. Why is she such a carrier? Her fat [expletive] needs to stop popping out babies and get a job at Walmart!

That is certainly not a flattering picture painted of Ashley in Urban Dictionary’s first definition of carrier. But Jenny, not to mention her dad, looks even worse in the following carrier definition and example from Urban Dictionary.

Another Urban Dictionary definition of carrier:

A person who is a carrier of AIDS, HIV and any other STI or STD. In football it is also the ball carrier or person with the ball.

mom: Jenny are you a carrier

jenny: Yeah mom i got it from billy last week and then i spread it to Tom, Gene, Finny, Jimbo and Dad.

mom: How did Dad get it.

I don’t think I need to include Jenny’s response of how Dad got it. Continuing our study of carriers in Urban Dictionary, we learn that carrier does not have to be a noun nor a negative thing.

The act of womanafying a room with crafty cutesy objects.

This room is too bland. Let’s make it carrier!

The final definition of carrier we’ll share from the Urban Dictionary might win the title of funniest.

A heterosexual person whose homosexual mannerisms suggest they carry a gay gene.

When I first heard Steven talk, I assumed he was gay, but then I met his wife and realized that he was just a carrier.

This definition brings to mind Phil from Modern Family. If you don’t know what I’m talking about, check out the following YouTube clip:

If you want to talk about the Urban Dictionary definitions of these words, feel free to do so in the comments section below. 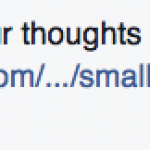