New Chinese Regulation Could Be Extremely Costly for US Exporters

As the 2016 Olympics in Rio drew closer, many athletes were worried about competing for fear of contracting the Zika virus while in Brazil. Some athletes, including golfer Jason Day and American tennis duo Mike and Bob Bryan, even withdrew from the games according to a Firstpost Sports article.

It turns out exporters have more to worry about from the Zika virus than Olympic athletes do.

China regulation requires exporters from certain countries to fumigate cargo before shipping it to China to ensure the cargo is mosquito free so infected mosquitos cannot bring the disease to China.

Guess what country China just added to the list that requires this extra, and quite possibly very expensive, step from its exporters. That’s right, the United States.

In a move that could create export delays and add cost, China is now requiring that imported American goods be mosquito-free to prevent spread of the Zika virus, according to a trade advisory issued Wednesday by one of the world’s largest shipping lines.

The advisory from the Mediterranean Shipping Company (MSC), cites an announcement from the Chinese General Administration of Quality Supervision, Inspection and Quarantine:

“With immediate effect, it means that there is a need to provide a certificate of extermination of mosquito. If no certificate is provided, the buyer must fumigate the cargo at arrival at port of destination.”

If you haven’t heard of the Zika virus, here’s a rundown from the CDC:

– Zika is spread mostly by the bite of an infected Aedes species mosquito (Ae. aegypti and Ae. albopictus). These mosquitoes are aggressive daytime biters. They can also bite at night.

– Zika can be passed from a pregnant woman to her fetus. Infection during pregnancy can cause certain birth defects.

– There is no vaccine or medicine for Zika.

– The Florida Department of Health has identified an area in one neighborhood of Miami where Zika is being spread by mosquitoes.

With it being winter right now in Rio, the mosquito population is so low that Zika infection is very unlikely for athletes and spectators of the games. However, new cases are popping up in the U.S.

There is not a nationwide outbreak or anything, but Zika cases keep getting confirmed in Florida, and KHOU reported the first Zika related death of a baby in the U.S. just happened in Harris County, TX. While KHOU said Texas has 99 Zika infected cases, it also reports there are no infected mosquitos in Texas. The same cannot be said about Florida. The Miami Herald reported yesterday:

The Zika toll, and frustration, rose another notch in Miami-Dade County with the latest local case confirmed by state health officials on Wednesday.

The new case brings the total number of local cases in South Florida to 22. State health officials also reported 14 new travel-related cases, for a total of 439 across the state including the first cases in Bay County.

The Agriculture Transportation Coalition (AgTC) has created a page dedicated to the Zika prevention situation between China and the U.S. that says, “This will most certainly disrupt the US exporter’s ability to deliver goods affordably and on-time to foreign customers in China.”

Much is unknown on just how costly the new regulation from China on U.S. exporters will be, and AgTC put together a good list of questions regarding the situation:

-What will the cost be?
-Who will absorb the cost?
-Will it make US goods uncompetitive?
-What happens to goods that are currently on the water in transit to China?
-Can high volume cargo even fumigate at the scale they operate at?
-Which fumigants are acceptable? Methyl bromide? Phostoxin?
-Which fumigants can work with food-grade products?
-Is it better to fumigate in the US or upon arrival in China?
-Which certification parties are acceptable?
-How much time will it add to the supply chain?

We’ll be keeping a close eye on this situation for you, exporters. 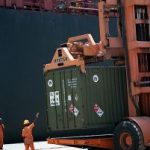