New Technologies Used in the Import and Export Industry

In 2012, to better get the edge over the competition, Maersk teamed up with Ericsson, the Swedish telecommunications company, to create a remote container management (RCM) system that operated in real-time and tracked the company’s reefers.

Since then, nearly 300,000 reefers have been equipped with smart devices that communicate reefer performance data 24/7 to Maersk’s data cloud. From there, the company can analyze the data, track and monitor performance, and generate roadmaps for ongoing operations.

Maersk notes that prior to the full implementation of this system in 2015, nearly 60 percent of all its cargo claims resulted from malfunctioning reefers and incorrect temperatures. The new system greatly cut down on faults, allowed for faster repairs, and minimized the need for manual inspections.

Because it utilized the analytic and monitoring power of Internet of Things (IoT) technologies, the company lessened its losses, provided better service to clients, and ultimately, saved a lot of money.

In 2021, the import and export industry, along with shipping and logistics, stands at a precipice. Embracing new technologies and overhauling existing systems may be initially expensive and complex to enact, but it is increasingly clear that jumping on the moving train is the only way for individual companies to stay competitive.

Vast webs of smart sensors on reefers aren’t the only new technology on the horizon either; the advent of automation and blockchain technology is also making waves in the industry.

For instance, TradeLens, launched in August 2018, is a digitized global trade platform powered by blockchain. It connects international trade members in one centralized place and cuts through a lot of the noise and bureaucracy associated with inter-nation transportation. That’s not to say bureaucracy has disappeared, rather that TradeLens makes it simpler to ensure processes are met and provides records of this.

Automation could also reach the import export business sooner than expected in the form of autonomous trucks and vessels. In 2017 the home-made boat SEA CHARGER, a solar powered vessel, successfully voyaged from California to Hawaii while unmanned. The people behind the boat’s journey used GPS and a satellite modem to guide the boat and ensure connectivity, proving that automation is a viable option in the future.

Companies in the shipping industry are already exploring technologies that may eventually automate larger vessels. Of course, battery limitations mean the technology needs to be examined closely and tweaked to suit commercial vessels, but according to many speculators, automation could be the future of logistics.

It has been conclusively shown that intelligent, modern solutions save companies money in the long term, despite the initial costs of enacting these. Additionally, because smarter systems lower operational costs, shippers and import/export businesses can pass some of these savings on to their clientele, which helps keep these companies competitive in an increasingly nimble market.

However, there is a catch-22 here, because newer solutions rely heavily on online systems, the cyberattack threat level rises accordingly. Companies need to employ dedicated security personnel and ensure their security measures are top-notch.

Brad Smith is a technology expert at TurnOnVPN, a non-profit promoting a safe and free internet for all. He writes about his dream for a free internet and unravels the horror behind big techs. 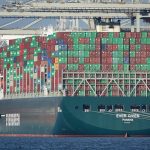