It was hoped the high freight rates we’ve been seeing for about a year now in the international shipping industry would finally start easing back down at this point; however, it appears reprieve is not coming yet. There are a couple of reasons.

American Shipper published an article by Andrew Cox on this exact topic. Since demand was reduced at this time last year because of the onset of the pandemic, the article makes comparisons against 2019 rather than 2020.

Cox shared data showing that total card spending (TCS) for the week ending on March 27th was up 20% over 2019, in aggregate. TCS for households receiving stimulus was up 49%. All that increased spending continuing to take place results in increased cargo volume imported. Cox shares:

The FreightWaves Inbound Ocean TEU Volume Index to the U.S. is up 75% over 2019 currently and is poised to move higher in the coming weeks.

Ocean freight carriers have gone into damage control after the nearly week-long blocking of the Suez Canal by Evergreen’s megaship Ever Given. Cancellations are happening, including some from Maersk that have some shippers angry; container and equipment supply issues are exacerbated; and general tightening of capacity are taking place as extra pressure and congestion on ports, especially European ports and to a lesser degree U.S. East Coast (USEC) ports, is expected in the upcoming days and weeks.

While we’re not fully seeing the fallout from the clogging of the Suez Canal yet, all the signs are there for upward pressure on freight rates.

Greg Knowler wrote an article for the Journal of Commerce (JOC) about how the Suez Canal disruption is renewing fears on shipping container shortages. At the end of that article, Knowler addresses the effect of Ever Given getting stuck in the canal on freight rates:

Freight rate marketplace Freightos projected the equipment shortages in Asia will pressure freight rates on the major east-west trade lanes. “With so much capacity delayed, and no additional ships to take their place, carriers are likely to cancel Asia-Europe sailings for ships that won’t make it back to Asia on schedule,” Judah Levine, research lead at Freightos, said in its weekly newsletter. “The reduction in capacity and the resulting additional shortage of containers back in Asian-origin ports could put renewed pressure on ocean rates.”

This upward pressure on freight rates should most be felt on Asia to Europe shipments. However, Asia to USEC should feel a similar pressure, but likely to a lesser extent. Of course, the ripple effect of capacity being tightened on other routes as carriers readjust spreads that upward pressure on rates even further.

Freight rates have been pretty stable over the last couple months. While we’d like to see the extremely high rates come down, they at least have not been climbing to even more astronomical heights. We haven’t seen a spike yet in the aftermath of the Suez Canal disruption, which is a good thing. The latest surge in spending from the newest stimulus, likewise, has not caused a jump in rates.

It is possible with these events that create upward pressure on rates that we could see rates go even higher than they are now. However, I think it is more likely the pressure will merely keep freight rates from falling for a little while longer. The real question is how much longer.

Carriers are enjoying very profitable freight rates, and they’d certainly like to maintain that right into international shipping’s peak season, when volume and rates typically increase as importers and retailers are stocking for the holiday shopping season. July, when the peak season usually starts gaining steam, isn’t that far away. I expect carriers will maintain high freight rates until that time, especially with their ability to shrink capacity to keep rates up if they need to. At that point, the natural cycle of the shipping industry should keep rates high for a few more months, basically keeping freight rates high for most of the year.

Could rates climb even higher than they are? It’s possible. However, I’m not sure how much higher freight rates actually can go. There is already resentment and backlash growing from shippers, and regulators are taking notice of carriers’ practices and investigating. There also comes a point when rates cut into profit margins to a point that demand starts falling off. Carriers may not want to push rates up much more for fear of damaging relations with customers too much and of regulators stepping into the situation. 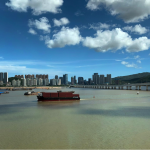 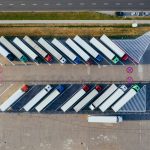