As the international shipping industry is on the verge of a shakeup from carrier alliances rearranging themselves, maritime regulators throughout the world should reexamine whether these large alliances should be allowed to continue at all.

Let’s consider carrier alliances with the assumption that the increased communication between shipping lines through alliances has not increased the temptation for more price fixing, which has been a major problem in the industry.

You can read about some of the price tampering that has happened in the international shipping industry in previous blogs:

The idea is that carriers sharing ships, especially with the onset of megaships, will lower costs, increase dependability, decrease overcapacity, and benefit both carriers and their customers, including shippers and port operators.

Has that been the case? No.

While there have been benefits for the carriers, alliances have not been beneficial for virtually anyone else. In fact, carrier alliances have been costly for port operators and shippers alike. I should also include truckers, economies, and governments as groups that have been negatively impacted.

American Shipper posted an article calling for carriers to address their poor quality of service. Here are some highlights:

… Chris Welsh, Secretary General of the Global Shippers’ Forum, said, “Shippers have generally supported cooperation through consortia and vessels sharing agreements as the appropriate means of rationalizing costs, provided they themselves receive a share of the benefits in terms of enhanced quality and a wider range of services made available to customers.”

But, he argued, with the introduction of larger containerships ships [ sic ] and the consolidation of 16 of the 20 largest liner companies into four alliances — the 2M, Ocean 3, CKYHE and G6 — shippers continue to experience poor quality of service and disruption to their supply chains through the bunching of vessels, voided sailings and other delays.

GSF called for the establishment of a Maritime Industries Supply Chain Forum at an international level to address the full range of challenges facing the sector.

In response to a challenging industry that carriers have often struggled, and even failed, to make profit in, shipping lines have turned to megaships and carrier alliances to reduce costs.

In return, governments and port operators are shelling out large amounts of money to accommodate ships that previously could never have called on their ports.

Meanwhile, the hugely increased volume of cargo arriving to ports at a time has helped create congestion, delays, and big costs to truckers and shippers, along with negative economic impacts. This, while increasing risk, since the loss or delay of one ship means greater loss or delay industry wide.

And somehow, carriers still have not managed to increase dependability of sailings or manage overcapacity with all their vessel sharing!

An international forum to address all the issues like megaships and alliances that face international shipping would be good, but let’s not forget the organizations that already regulate shipping around the globe like the Federal Maritime Commission and the European Commission.

All it took was China’s Ministry of Commerce not approving the P3 Network to shut down the would-be mega-alliance between the then 3 largest container shipping carriers in the world, Maersk, MSC, and CMA CGM. Europe and the U.S. had already approved it.

Perhaps it’s time for maritime regulators to reconsider their stance on carrier alliances unless it can be shown they are actually not bad for everyone except the world’s top carriers themselves. And now, when carriers are looking for whom to align with next, is the time to reconsider. 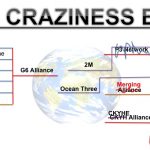 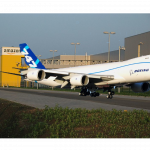