Titanic II: Rising from the Depths Titanic II–coming in 2016. Sounds like a bad movie sequel, right? But it’s not. It’s real life.

“It is unsinkable. God Himself couldn’t sink this ship…”

This famous “quote”, which may or may not have actually been said about the Titanic before it embarked on its ill-fated maiden voyage across the ocean, encapsulated the attitude surrounding the famous ship.

We all know how the story ends. No, I’m not talking about Leonardo DiCaprio saying, “Never let go, Rose,” and then sinking into the ocean when Kate Winslet pries his hand from hers. I’m talking about nearly 70 percent of the actual passengers and crew of the Titanic dying because of a lack of lifeboats and not even filling the ones they had to capacity.

The new Titanic shouldn’t have this mindset.

It’s been just over 100 years now since the Titanic sunk in the Atlantic Ocean. Why not build a new one?

At least, billionaire Clive Palmer thinks that. He unveiled his blue prints for the Titanic II which is planned to set sail from Southhampton, England to New York in 2016.

But apparently, Palmer wants the passengers to have an authentic feeling like they’ve gone back in time and boarded the original Titanic. He’ll accomplish this in 3 ways:

Okay, I made up the third one, but that’s what would really make it feel authentic.

Just in case such a horrible incident occurs, this Titanic will have enough lifeboats for everyone onboard. Launching a Titanic II is controversial, but it’s making a splash. Titanic II was trending for a couple days on Twitter. It is, after all, perfect fodder for comedians like Ellen DeGeneres who tweeted:

“A billionaire is trying to make Titanic II. I think I’ll buy my ticket for the second ride.”

“Replica of Titanic being built and named Titanic II! Not sure if many ppl would like to sail on it !!!”

You’d think praks would be right, but apparently Palmer has received offers as high as $1million to be on the maiden voyage of the Titanic II.

People are fascinated by the Titanic. Hollywood cashed in on it and Palmer probably will too. But there are many who think building a second Titanic is just tempting fate and a bad idea.

Whatever happens with the Titanic II, you don’t have to worry about UCM shipping your cargo on it. At least not until its second trip, taking a cue from Ellen.

Generally, we think of the Titanic as more of a cruise line type of ship if we were to categorize it. That certainly seems to be the focus of the Titanic II. However, the Titanic did carry a great deal of cargo.

Working for a freight forwarder with the word cargo even in our name, I thought it appropriate to share an interesting list of some of the cargo that was on the Titanic which I found online.[1]

What are your thoughts on the Titanic II? Share them in the comments below.

If you have cargo you need imported or exported, on ships with much better track records than the Titanic, we’re here to help you with your international shipping needs. 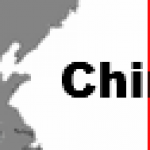