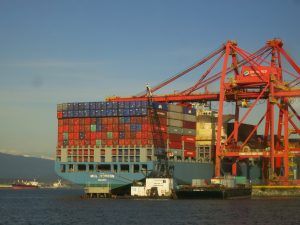 Try not to hear Steve Carell saying, “That’s what she said!” in your head when considering the international shipping industry’s stance on size: bigger is better.

It seems like there is a “bigger is better” attitude in every aspect of international shipping. Bigger ships, bigger carriers, bigger berths, bigger passageways…

The top international shipping related stories in the news certainly underscore this bigger is better trend.

The Panama Canal expansion project finally resulted in the grande opening of the new locks over the weekend.

This story is all over the news, including a nice story on the expansion from BBC News that encapsulates the expansion well with:

The new locks are the size of the Empire State Building, with doors that were built using enough steel for 19 Eiffel towers and walls lined with enough basalt rock for two of Giza’s great pyramids.

As such, they can accommodate much bigger ships: monsters able to carry more than 13,000 containers, whereas previously the biggest vessels the canal could accommodate could carry “only” 5,000 of them.

There were plenty of delays and drama in the expansion project (read about the Panama Canal expansion here), but the billions of dollars spent on the project make it clear how important the use of bigger container ships is to the international shipping industry.

Hapag-Lloyd is getting close to completing a merger with UASC. This is just the latest in a series of recent mergers between big shipping companies to make their shipping lines larger.

UASC announced yesterday that its six shareholding states has approved a merger deal with the German line at an extraordinary general meeting on Wednesday.

“Should the merger be approved, Hapag-Lloyd will become the fifth carrier to have a fleet exceeding 1m teu of nominal capacity, and in essence be almost on par with COSCO in terms of global scale,” [Lars Jensen from SeaIntelligence Consulting] said.

“The merger of Hapag-Lloyd and UASC confirms that only by having the scale, a modern container carrier can survive the expected prolonged weakness of the container shipping market,” said Kris Kosmala, a Splash columnist and vice president for Quintiq Asia Pacific.

Big carriers are getting bigger, hoping to dominate international shipping, push smaller carriers out of the market, and simply survive years when profitability is hard to come by for shipping companies.

3. Port of NY/NJ to Handle Biggest Containership  in its History

The Port of New York and New Jersey is set to receive the largest ship it has ever seen berth at one of the port’s terminals.

Mitsui O.S.K. Lines Ltd., which owns the MOL Benefactor, noted that the newly built 10,000 TEU container ship successfully passed through the expanded Panama Canal on July 1 Friday, the first neo-Panamax container ship to do so.

Just because the trend in international shipping says bigger is better does not necessarily make it so.

Larger ships, which were meant to save money for carriers, helped increase capacity beyond demand in the industry and push freight rates down to amounts that hurt carriers.

Carriers becoming larger might help them survive rough years for the industry, but it could also shrink competition enough that shippers will face higher freight rates than what the market would normally demand.

Those are just a couple reasons bigger might not be better in international shipping. Do you have more?

Is bigger really better in international shipping? Let us know in the comments section below. 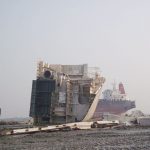