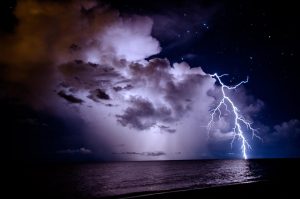 Controlling the weather has often captured our imagination in popular fiction.

Examples include the upcoming movie Geostorm about weather controlling satellites that, of course, get highjacked; one of the X-Men’s most powerful superheroes, Storm, who controls the weather; and the movie Avengers (not Marvel’s) where Sean Connery played a weather manipulating mad scientist who says, “Weather is not in God’s hands, but in mine.”

Actually, scratch that last one. Avengers was so bad that combined with the almost equally as bad League of Extraordinary Gentlemen caused Sean Connery to quit acting. And that I can never forgive.

Sure, it’s fun to imagine the weather being manipulated in a book or movie, but in real life?

Researchers are saying that ocean shipping is changing the weather.

No, it’s not really controlling the weather. This isn’t like the Son of God telling a storm to end and the waves to cease. In fact, it’s more of the opposite effect. 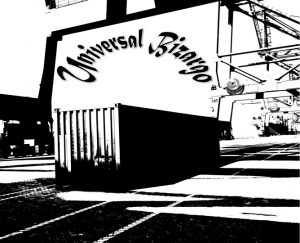 According to a study, pollution from ocean vessels are increasing lightning. And that’s enough to inspire another edition of Universal Bizargo, sharing the weird stories of international shipping.

A new study recently published in the scientific journal Geophysical Research Letters claims that an increase in lightning strikes occurring over major oceanic shipping lanes is being caused by maritime vessel traffic.

In a research letter first published Sept. 14, the four authors, using 12 years of high-resolution global lightning stroke data from the World Wide Lightning Location Network (WWLLN), say they have managed to show that lightning density “is enhanced by up to a factor of two” directly over shipping lanes in the northeastern Indian Ocean and the South China Sea compared to adjacent areas with similar climatological characteristics but significantly less vessel traffic.

Twice as much lightning over major shipping lanes sounds like a pretty significant amount.

Researchers Joel A. Thornton, Katrina S. Virts, Robert H. Holzworth, and Todd P. Mitchell lay out why they hypothesize that “emissions of aerosol particles and precursors by maritime vessel traffic lead to a microphysical enhancement of convection and storm electrification in the region of the shipping lanes” in the plain language summary of their study:

The lightning enhancement maximizes along the same angular paths ships take along these routes and cannot be explained by meteorological factors, such as winds or the temperature structure of the atmosphere. We conclude that the lightning enhancement stems from aerosol particles emitted in the engine exhaust of ships traveling along these routes. These particles act as the nuclei on which cloud drops form and can change the vertical development of storms, allowing more cloud water to be transported to high altitudes, where electrification of the storm occurs to produce lightning.

Yeah, that sounded pretty plain language to me.

Increased lightning right along the same paths as ships without any normal meteorological factors to explain it would seem way too much for a coincidence. 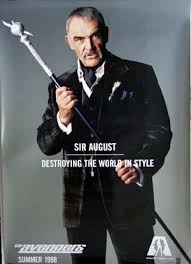 Of course, this does seem like a long way away from a mad scientist controlling the weather with lightning strikes. At least it did until I read the next sentence from the study’s summary:

These shipping lanes are thus an ongoing experiment on how human activities that lead to airborne particulate matter pollution can perturb storm intensity and lightning.

The next step in that experiment is figuring out how to use that particulate matter to manipulate lightning.
Perhaps we’re not too far away from a real life version of Sean Connery’s Sir August De Wynter from Avengers. 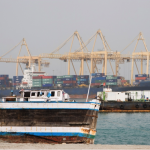 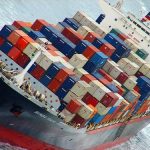