What are you talking about?!

Every industry has its own special vocabulary. The international shipping industry probably has more than most, along with a great many acronyms.

It can be hard for new people working in the industry to understand what is being said when the shipping jargon gets heavy, so imagine what outsiders are thinking when they hear all the shipping acronyms and vocab flying around.

To help with that imagination, we’ve created this series comparing Logistics Glossary definitions to definitions of the same words and acronyms from the Urban Dictionary.

Since words often have different meanings, it’s not a bad idea for shippers to know how others define the words they’re using. And reading the Urban Dictionary definitions for shipping terms is always good for a laugh.

Here are the links to the previous two installments of this series:

Alright, let’s get this things started with today’s shipping/urban words…

Terminal seems like a straight forward word. At the very least, it is one we use all the time in the international shipping industry.

Transportation facility with one or more of the following roles:

1. System access: terminals are points at which freight enters and leaves the transportation system.

3. Mode transfer: freight may change from one mode to another, for example, rail to truck.

4. Vehicle transfer: within a single mode, freight may transfer from one vehicle to another.

So terminal is a noun. Well, not necessarily according to the Urban DIctionary.

adj. something that is incredibly cool; more than sick or ill

I had a terminal day yesterday–I got the samsung 990 and then played dalmuti at taco bell for 9 hours.

I would have thought with the words “sick” and “ill” in the definition that this adjective definition of the word would have described a life-ending disease. Instead, it turned out much more positive.

It should be noted that judging from the Samsung 990 being used in the example, this slang may be out of date or obsolete. If that is the case, I think it should be brought back if only so shippers can call awesome terminals “terminal terminals.”

Another Urban Dictionary definition of terminal:

a terminal is when a male develops an erection which serves no purpose or which was not desired.

The terminal has no function, it is a random occurrence which usually results in frustration and a desire for it to cease.

The most likely place for a terminal to occur is in a public place where dealing with the terminal is impractical or frowned upon, thereby causing the sufferer to wait it out.

whilst sitting in class, John developed a terminal, and for the duration of the class had to wait it out.
“lou, ive got a terminal, i dont know what to do!”

“you are just going to wait it out, John!”

Yikes. That kind of terminal is not so terminal.

Like terminal, FTL is a shipping term that is used all the time.

The acronym stand for Full Truckload.

Here’s how our Logistics Glossary defines it:

You know the Urban Dictionary is going to have another definition for an acronym like this. In fact, they have several.

You say it when your team is about to lose, because you got paired with grab-asses.

Look at Urban Dictionary also helping us out with a bit of grammar. Placing a verb after an article where there should be a noun is a fail.

While most people on Urban Dictionary seem to agree with the above definition, there is a large contigent who have another definition for the acronym FTL. And this one is weird.

Another Urban Dictionary definition for FTL:

Created by John Green of the Vlogbrothers(Youtube) after a competition run by DARPA. One Person said FTL and it meant for the loss. Nerdfighters then tricked John into thinking it was French The Llama. It is used when showing emphasis when someone doesn’t want to say the F word.

People working in the shipping industry probably thought booking an FTL was a win, but, french the llama, now they know better!

Even with the above solid definitions of FTL, the Urban Dictionary was not yet done with the acronym. This final definition for the acronym might just be the funniest.

The abbreviation for the frequently used phrase “For the Ladies.” Typically used as a justification for extravagant male behavior or possessions. FTL may also be used sarcastically to refer to embarrassing acts or attributes.

Sincere: 1. “It was expensive, but the fireplace that I installed in my bedroom is purely FTL and I am sure it will pay off. 2. “My karaoke tribute to Tom Jones is pure FTL magic; It always fills my bed.”

Sarcastic: 1. “Ooh, nice mustachio-mullet combo, Pat. That is totally FTL.” 2. “It’s great how your pants are so tight that the zipper is always busting open- must be FTL.”

Busting out the sarcastic version of this FTL definition might work well when one is dealing with a terminal.

If we’re going to cover FTL in this edition of Urban Dictionary Vs. Logistics Glossary, then we have to cover LTL. It only seems right.

A trucking industry term; a less-than-truckload (LTL) shipment is when a shipper contracts for the transportation of freight that will not require an entire truck. LTL shipments are priced according to the weight of the freight, its commodity class (which generally determines its cube/weight ratio), and mileage within designated lanes. An LTL carrier specializes in LTL shipments, and therefore typically operates a complex hub-and-spoke network with consolidation/deconsolidation points; LTL carriers carry multiple shipments for different customers in single trucks.

I get how this one works. It’s like this: I write two blogs a week about international shipping, the world’s most fascinating subject, and then I moonlight writing blogs about the Detroit Lions because I’m a big fan of the NFL’s winningless team! LTL.

Of course, the Urban Dictionary has more to teach us about LTL.

Another Urban Dictionary definition of LTL:

Having a “Lot To Learn”. If someone says something that’s funny, simply because they have no clue what they’re talking about, you substitute LTL for the typically placed lol…

Brendan: You know why Chinese people are so short?
Adam: No, why?
Brendan: Because of the radiation from when we bombed them after Pearl Harbor.
Adam: LTL about Japan Brendan… LTL about Japan…

Wow. Brendan’s joke is wrong and offensive on every level. He has LTL about more than just Japan.

I’m going to link Sarah for some “LTL”

Oh yeah. Chef from South Park should have a song about this one.

I actually think this definition works well with the first Urban Dictionary definition of the acronym. If you’re getting lunch time loving, you’re living the life. Of course, it would be a bit confusing to say. “At noon I’m going for some LTL! LTL.”

That’s enough Urban Dictionary definitions until we do this whole thing again. If you want more, just go back and check out the first two editions of this series: 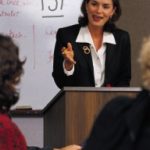