3 Consequences of Brexit That Will Affect U.S. Shippers

The UK is relatively small, yet it’s one of the globe’s most influential and important regions to world trade and economy. This encouraged a major global interest in the UK Referendum vote and the announcement of Brexit. On June 23rd 2016, the majority of the UK nation chose to leave the EU, which is now due to happen on October 31st, 2019. UK residents decided through the vote that the costs of free movement with immigration outweighed remaining in the unified monetary body.

Although the vote, in essence, relates predominantly to the relations between the European Union and the UK, the vote is still likely to have an affect globally on industries and other countries across the world. In particular, U.S. shipping is likely to be affected by Brexit, and there are several consequences it can have that businesses should be aware of.

Here are 3 consequences of Brexit that will affect U.S. shippers:

When it was announced that the UK will be leaving the European Union, the British pound fell by 7.5 percent against the U.S dollar. This means that goods sold by U.S. retailers will be automatically more expensive for consumers from Britain, and exports will be less affordable to the UK. This would also affect the U.S. farming and manufacturing sectors when it comes to trade and shipping. The UK is currently America’s 2nd largest market for exports.

For the UK to leave the EU, it’s not going to be an overnight process. This means that it’s unlikely to affect shipping services straight away and there will be time before any dramatic changes will come into place. In the long term, however, there may be difficulties for those in the e-market and online shopping business. This is because many of their hubs and warehouses are based in the UK and it will likely encourage U.S. sellers to move away their warehouses currently based in EU countries to avoid dealing with new market rules formed internally.

There is already a border issue occurring internally in the UK with the backstop agreement currently being negotiated. There will be a similar issue when it comes to the shipping and clearance of goods that are being transferred between the UK, the EU and the U.S. With many hubs for businesses and retailers currently based in the UK, transferring goods between customs barriers from the UK into the EU won’t be as easy as it is today with the other 27 member states. As a result, there will be cost and time increases when goods require to be processed.

The UK exiting the EU isn’t exactly the ideal scenario for many industries. Luckily, there won’t be such a large, sudden impact on the shipping industry as compared to the impacts on such things as applying for a UK visa, drops in the economy affecting the dollar, and new trade agreements, which will bring up new scenarios. However, long term impacts should be considered and preparation is key to making sure that the impacts aren’t too dramatic. 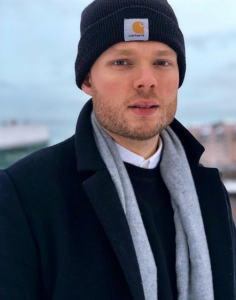 Jamie Costello is a Legal Assistant for a small PR company based in the UK. He’s had a career in the legal path for almost 2 years and brings with him great knowledge taken from his past roles and education. He tends to regularly research topics that surround legal issues to keep up to date with his industry, and for this particular article, he refers to the research he’s been doing around Brexit and its legal impact on topics such as employment and career opportunities.

Brexit, Brexit's impact on U.S. shippers, export to the UK, import from the UK 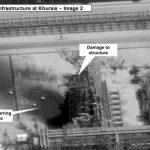