Okay, I wasn’t going to do a Thanksgiving blog that brings together turkeys and international shipping this year because I was pretty sure the previous ones were the least read blogs I’ve posted on this site.

Then Universal Cargo’s General Manager Raymond Rau, who happens to be one of my bosses, asked:

“We getting some Turkey Blog this year? My favorite seasonal blog topic! haha”

Yes, I’m pretty sure that was sarcasm, but it’s also hard to read tone of voice in an email so I figured I better be safe and placate him.

Plus, when I went back and looked, the performance of those previous Turkey Blogs, as Ray likes to call them, wasn’t as bad as I thought. (They just didn’t get views during the Thanksgiving weekend itself.)

So, in lead up to Thanksgiving… and back by popular demand… or just an email from my boss… with no further adieu… but maybe one more ellipsis… here’s Universal Cargo’s Happy Thanksgiving Turkey Blog!

Here are 3 tremendous turkey tidbits that most people don’t know followed by 3 factoids about Turkey (the country) shipping that are forced into being related:

#1 – Turkeys Are Related to the T-Rex & Velociraptor

According to livescience.com, that wishbone, which we insult the turkey by snapping in half after we’ve scraped the bird’s carcass clean of meat, dates back 150 million years to the tyrannosaurus rex and the velociraptor. The suggestion of this is that turkeys evolved from fierce dinosaurs!

Of course, evolution enthusiasts will tell you that all life evolved from the same single cell organism. If so, wouldn’t that mean I’m related to the T-rex and velociraptor too? I don’t think I have a wishbone, so I wouldn’t be as closely related as the turkey.

This does give me an idea for a holiday movie. It’s Thanksgiving, but this year ferocious turkeys are hunting and eating humans! I’m sure there’s probably a B-movie version of this already out there. And the turkeys are probably zombies in it.

#1b – Turkey is Related to the Roman Empire

When Istanbul was Constantinople, back in the medieval ages, it was the capital of the Roman Empire. The city was also called Byzantium, and historians refer to the Eastern Roman Empire of this time as the Byzantine Empire.

But whatever you call it, Byzantium, Constantinople, Istanbul, the city is and has been a huge hub for international trade through importing and exporting goods.

#2 – Turkeys Are More Courageous and Respectable Than Bald Eagles

Forget the Bald Eagle. The turkey is far more courageous and respectable, at least according to Benjamin Franklin. Franklin would tell you the bald eagle is lazy, unjust, and cowardly while the turkey is much more respectable.

“For my own part I wish the Bald Eagle had not been chosen the Representative of our Country. He is a Bird of bad moral Character. He does not get his Living honestly. You may have seen him perched on some dead Tree near the River, where, too lazy to fish for himself, he watches the Labour of the Fishing Hawk; and when that diligent Bird has at length taken a Fish, and is bearing it to his Nest for the Support of his Mate and young Ones, the Bald Eagle pursues him and takes it from him.

With all this injustice, he is never in good case but like those among men who live by sharping & robbing he is generally poor and often very lousy. Besides he is a rank coward: The little King Bird not bigger than a Sparrow attacks him boldly and drives him out of the district. He is therefore by no means a proper emblem for the brave and honest Cincinnati of America who have driven all the King birds from our country…

“I am on this account not displeased that the Figure is not known as a Bald Eagle, but looks more like a Turkey. For the Truth the Turkey is in Comparison a much more respectable Bird, and withal a true original Native of America… He is besides, though a little vain & silly, a Bird of Courage, and would not hesitate to attack a Grenadier of the British Guards who should presume to invade his Farm Yard with a red Coat on.”

Yes, but let me ask Benjamin Franklin one question. Which bird, the bald eagle or turkey, would you rather steal from Nikola Tesla?

#2b – Turkey/U.S. Trade Is More Respectable Than Many Think

After export.gov comments on “deep and broad political and military relations” between the U.S. and Turkey, it reports, “U.S.-Turkish trade peaked at nearly $20 billion in 2011, with a modest retreat to just under $19 billion in 2013.”

The United States Census Bureau fills in the trade numbers for the last couple years with trade climbing back up to just over $19 billion in 2014. Through September, trade has reached over $13.3 billion in 2015 between the U.S. and Turkey.

This could be a good time for U.S. businesses to consider doing business in Turkey.

Export.gov highlights Turkey’s strong and sustainable economic growth, pointing out that “GDP per capita has more than tripled over the past decade” as “Turkey is working hard towards its goal of becoming a Top Ten economy by 2023.”

On top of that, it adds that Turkey has a high demand for U.S. exports and a friendly climate for U.S. companies.

I did tell you these Turkey shipping facts had only forced connections to the turkey tidbits, right?

How big is your snood? The ladies want to know. Yes, we’re still talking about turkeys.

In other words, it’s good to have a big snood. You think those male turkeys are self-conscious as they’re checking out the size of other turkeys’ snoods?

Hens have always preferred their mates to have big snoods, which leaves many gobblers trying to convince lady turkeys that its not the size of the snood that counts, but the wobble in the gobble.

Having much to do with the above statement about Istanbul/Constantinople/Byzantium being a major hub for importing and exporting goods, is the city’s location. It is perfectly placed to take advantage of major land and sea trading routes.

The same could be said about the country of Turkey in general.

Geographically speaking, Turkey is in a very advantageous position when it comes to world trade. Its location makes trade with the U.S. and other countries in the Americas accessible and advantageous, as well as with African, European, and Middle Eastern countries.

In fact, Turkey almost acts as a bridge between the Middle East and Europe, as it is one of the hardest countries to label geographically. Is it a Middle Eastern country? Is it a European country? It’s a country in a good spot to do a lot of international shipping is what it is!

Have a happy Turkey Day that Turkey doesn’t celebrate! Be thankful. Eat lots of turkey. Unless you’re vegetarian. If you are, consider taking the day off. Watch the Lions play football. May they actually win. And if you want to ship stuff to or from Turkey, give Universal Cargo a call. 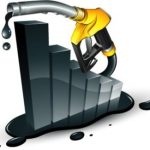 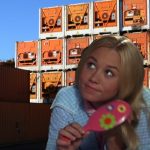