How Crazy Is the Oil Crash Getting in International Shipping?

There’s quite a sight to be seen of ships off the coast of Galveston, TX. And it all has something to do with oil. You may have noticed a little thicker wallet or fuller purse this year with the dropping gas prices.

There are places in the country where gas is less than $2.00 a gallon for regular unleaded. It’s been over a decade since I’ve paid less than two bucks a gallon for gas. But apparently, gas prices are supposed to keep falling.

According to GasBuddy.com, some of the cheapest gas stations could be selling gas at $1.49 a gallon while the national average drops into the $1.80s by Christmas!

Oil is one of the biggest costs in international shipping. That cost was chopped in half in 2015 from what it was in 2014.

From a peak of $115 a barrel in June 2014, oil prices have dropped to around and even below $50 a barrel in recent times. This reduction in oil prices has resulted in nearly halving of bunkering costs for the shipping industry compared to last year and the demand for oil tankers has gone up.

The bunkering costs of very large crude carriers were around $40,000 per day last year and present, it has come down to around $20,000 per day. Bunkering costs are considered to be one of the major expenses of the shipping companies.

One metric ton of bunker fuel now costs about $270 which is less than half of what it cost when the price of oil was more than $100 a barrel.

These incredible drops in oil (and therefore gas) prices have happened by oil supply majorly exceeding demand, thanks in part to new technology in oil drilling. What we’ve seen is a glut in oil that countries have been stocking up on in preparation for when oil prices inevitably rise again.

Countries like China and the U.S. are running out of storage space, leaving tanker upon tanker holding oil out at sea.

As such, it doesn’t look like we are anywhere close to seeing a leveling out of supply and demand yet when it comes to oil. The evidence can be seen by the naked eye looking out at the ships off the coast of Galveston, TX.

That had Tyler Durdan (yes, he uses the Fight Club persona) post an article on Zero Hedge last week titled “Something Very Strange Is Taking Place Off The Coast Of Galveston, TX” that includes:

…something very unusual going on off the coast of Galveston, where more than 39 crude tankers w/ combined cargo capacity of 28.4 million bbls wait near Galveston (Galveston is area where tankers can anchor before taking cargoes to refineries at Houston and other nearby plants), vessel tracking data compiled by Bloomberg show, which compares w/ 30 vessels, 21 million bbls of capacity in May.

If you have trouble trusting info shared by Edward Norton’s imaginary friend, Reuters reported on how crazy the logjam of ships on Texas’ coast got a week ago:

A traffic jam of oil tankers has emerged along the U.S. Texas coast this month, a snarl that some traders see as the latest sign of an unyielding global supply glut.

More than 50 commercial vessels were anchored outside ports in the Houston area at the end of last week, of which 41 were tankers, according to the Houston Pilots, an organization that assists in the navigation of larger vessels in and around port areas. Normally there are between 30 to 40 vessels anchored offshore, of which two-thirds are tankers, according to the pilots.

But if you think that is crazy, 40 plus oil tankers anchored by Texas is just the tip of the iceberg!

From China to the Gulf of Mexico, the growing flotilla of stationary supertankers is evidence that the oil price crash may still have further to run, as the world’s energy infrastructure starts to creak under the weight of near-record inventory levels.

While all these oil tankers may cause a little slowing for container ships working their way into docks here and there around the world, it’s possible delivery times may speed up for shippers because of the oil crash.

Slow steaming, now a wide practice in international shipping, is largely done out of fuel cost efficiency. Since fuel costs have dropped, shipping companies may choose to drop the practice.

Pressure to reduce O2 emissions, however, may keep the practice going and prevent the speeding back up of container ships.

Of course, shipping companies have been practicing slow steaming without real complaint from shippers; why not continue to use it and take that much more advantage of cost savings during this time of lower oil prices.

International shipping is in a position to take advantage of this oil situation, increasing profitability around the world. The Hellenic Shipping News article quoted above about oil prices being cut in half in 2015 from 2014 levels went on to say:

This has allowed in ships to reach more markets profitably than ever before. For example, some tankers carrying refined petroleum to European markets are not using the Suez Canal as a shortcut, but are sailing around Africa which allows them to stop at more ports.

Obviously, oil companies are not profiting from this situation. How crazy out of hand do you think they’ll let it get before Big Oil finds a solution to bring prices back up?

In the meantime, let’s take advantage of the cheaper gas and international shipping’s lower bunkers. 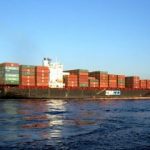 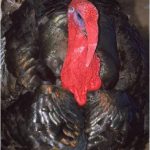