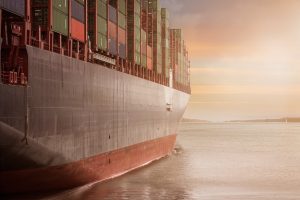 There are a number of stories about ocean freight carriers making headlines right now. So let’s round them up and put them all in one blog.

Well, Maersk is bucking that trend by adding an online customs clearance service for its customers. This service isn’t available to U.S. shippers yet; however, it is expected to be by the end of the year.

Alex Lennane reports in the Loadstar:

Maersk has taken another step towards becoming an integrated company by offering digital customs clearance for ocean customers.

Its new online shipping management platform is available in seven European countries and will be rolled out worldwide by the end of the year.

It gives customers full compliance with local customs rules online, with pricing displayed for all import and export declarations.

The product has so far been launched in Germany, France, Denmark, the Netherlands, Poland, the UK and Spain.

Maersk tends to be a trend setter with carriers. It will be interesting to see if others try to follow suit by offering similar customs clearance services for their cargo shipments. Of course, Maersk has been making acquisitions like that of New Jersey-based customs broker Vendegrift to be able to add services like this, so the leading carrier has yet another head start.

Cosco is the first carrier to report its first quarter financial results for 2019, and the numbers they report are positive.

Cosco Shipping Holdings has posted a net profit of Rmb687m ($102m) for the first three months of the year.

While most look at Cosco reporting increased net profit a positive sign for ocean carriers in general, it’s hard to compare Cosco’s numbers to those of its competitors.

Alessandro Pasetti wrote a Loadstar Premium article about Cosco’s solid Q1 financial numbers meaning “nothing — or very close to nothing.”

Pasetti’s article highlights how Cosco’s operating performance cannot be properly gauged with no comparable international accounting standards, how it appears that Cosco’s acquisition of OOCL shows up on the P&L but not on the balance sheet, and how some of Cosco’s liabilities are “mildly disturbing.”

So, yes, Cosco is presenting positive financials for the first quarter with its acquisition of OOCL, but those numbers may not be as good as they appear.

And that first quarter should have been boosted some as a prolonged peak season spilled extra cargo movement into the first quarter of the year while shippers were still trying to beat tariff increases in the US-China trade war.

Speaking of Cosco’s acquisition of OOCL, that acquisition is causing OOCL to be added to the Federal Register’s list of controlled carriers.

The FMC defines a controlled carrier as an ocean common carrier that is directly or indirectly owned or controlled by a foreign government. In this case, the Chinese government has ownership in COSCO.

The FMC is given special oversight over controlled carriers in order to protect U.S. shippers (and competing carriers) from rates, charges, or regulations that are unjust or unreasonable from foreign state manipulation.

4. Japan’s Big 3 Don’t Have Biggest Year with ONE

NYK, MOL, and “K” Line saw revenue declines in their 2018-19 fiscal year with the operating of their jointly owned container carrier called Ocean Network Express or ONE, reported Chris Dupin in an American Shipper article.

Dupin wrote that ONE reported a $586 million loss before going on to detail the financial results NYK, MOL, and “K” Line reported for the fiscal year:

All three companies project this to be a better fiscal year with actually lower revenues but higher profits. We’ll find out next year if they’re right.