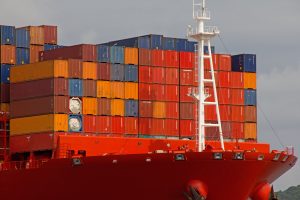 One of the biggest issues of our time is global warming. The ocean freight sector of the international shipping industry, in particular, faces an incredible challenge of reducing its greenhouse gas (GHG) emissions to help fight the changing of our planet’s climate.

As a matter of fact, the biggest problem ocean freight carriers currently face is meeting the IMO 2020 cleaner fuel mandate that drops the sulfur cap on fuel for cargo ships to 0.5% effective January 1st, 2020. Despite the fact carriers are now expected to recoup the significantly higher fuel costs of IMO 2020 through BCO contracts, reaching compliance with this mandate will be no easy feat for container carriers.

Now there’s another carbon emission reducing requirement that the IMO is being asked to put on container carriers: a mandatory speed measure on ships.

In an open letter to the IMO member states signed by 113 shipping companies and 9 environmental groups, the signatories “express [their] strong support for the IMO implementing mandatory regulation of global ship speeds differentiated across ship type and size categories.”

While a mandate requiring ships to slow down, slow steam (SS), or even super slow steam (SSS) doesn’t only affect containerships, this blog article will focus on what a speed limit on containerships would mean for the international shipping industry.

At the end of 2007, the Great Recession hit the U.S. economy and spread to the global economy by 2009. Ocean freight demand was way below previously expected levels, contributing to huge overcapacity, downward pressure on freight rates, and big financial struggles for container carriers.

SS and SSS became common practice by container carriers after the economic downturn hit in order to save money on fuel. Sailing at slower speeds meant using less fuel and, as a result, reducing carbon emissions on sailings.

In the letter supporting a mandatory IMO speed measure, its signatories say that reduction of the global fleet’s operational speed “led to dramatic reductions in GHG emissions.” The letter goes on to say:

“This speaks to the real-world effectiveness of a potential prescriptive speed measure in helping achieve reduction targets. However, recent studies also suggest that ships are speeding up again as global demand recovers. Should this trend continue, any GHG gains from slow steaming over recent years will disappear.

Despite the letter to IMO member states saying studies suggest ships are speeding up, there’s reason to believe containerships will slow down in the upcoming year anyway.

Fuel costs are increasing significantly with IMO 2020 and carriers still struggle to maintain profitability. Carriers will be looking for more than just BCO contracts to recoup fuel costs. SS and SSS are expected to be utilized for containerships to burn less fuel and even help them reach required emission levels in general.

Slowing down ships is one of the easiest strategies carriers employ to save money. And carriers are looking for any means possible to improve profitability.

However, SS and SSS wouldn’t be utilized on all shipping routes, and regulating speed should certainly reduce containership speed more than the normal forces of business would cause. Additionally, as the industry adapts over time to more expensive, cleaner fuel, SS and SSS may get utilized less, which regulation would help prevent.

How Would Containership Speed Limits Be Enforced?

There would have to be serious thought and work put into how containership speed limits would be enforced. Certainly there won’t be ocean patrol ships out there turning on flashing lights and pulling over cargo ships.

The expectation is that a mandatory speed measure would be placed on the average speed of a carrier’s fleet rather than a specific number of knots each ship must travel under.

Checking that carriers are in compliance with speed regulations would probably be done through requiring carriers to turn in paperwork or be audited showing an average speed across all their ships sailing within a mandatory average speed.

However, a speed measure on ships would likely need to take into account different types of ships, making speed allowances vary based on the type of fuel or power used to propel particular ships. Ships that burn cleaner fuel could be allowed to sail faster while electric ships could have no speed limits put on them at all.

Additionally problematic is that with the incredibly high lack of transparency from carriers in the international shipping industry, some carriers may be able to find ways to skirt this regulation if they really want to.

Not surprisingly, there are no container shipping lines in the list of shipping company signatories on the letter calling for a mandatory speed measure on ships.

In fact, container carriers are arguing against an IMO speed measure. Interestingly, part of their argument is that such regulation could actually increase carbon emissions in the container shipping sector.

Peter Tirschwell wrote an article in the Journal of Commerce (JOC) that highlights carriers’ argument, calling the limiting of containership vessel speeds a solution “with cosmetic appeal” that “could have deep economic ramifications and possibly undermine efforts to achieve stated goals for carbon dioxide reduction.” The article explains:

Container ship services operate mostly on weekly schedules, supporting global supply chains in food, consumer, and industrial products that require predictable transport services, even if those services are frequently delayed. Mandating slow-steaming would require additional ships to maintain weekly schedules, which would add more carbon to the air, not to mention potentially denying operators the flexibility needed to avoid situations such as dangerous weather.

According to Hapag-Lloyd spokesperson Nils Haupt, “If we reduce speed in a loop from Hamburg to Singapore which requires 12 ships, to stay on schedule and maintain a regular weekly service, you would need a 13th or 14th ship, which means investment and additional CO2 [carbon dioxide] pollution. This is something that bulk carriers and tankers don’t have to take into account, but for containers it would be harsh investment and wouldn’t really solve the program,” he said.

As Jonathan Gold, vice president of supply chain and customs policy for the National Retail Federation, said bluntly via Twitter, “This is the wrong approach and should not be supported.”

Here is the letter to IMO member states supporting a mandatory speed measure be put in place on ships in its entirety, though the two pages of signatory shipping companies and environmental groups is not included:

Effectively addressing climate change is possibly the greatest challenge of our time. In 2015 world governments agreed in Paris that global temperature rise must be limited to well below 2°C, while aiming for 1.5°C compared to pre-industrial levels. A recent IPCC 1.5° Special Report also recommended “deep emissions reductions” to achieve these temperature goals.

In responding to this global challenge, member states of the International Maritime Organisation (IMO) agreed in April 2018 on an Initial GHG Strategy for international shipping. The strategy calls for shipping emissions to peak as soon as possible, for shipping’s carbon intensity to be reduced by at least 40% by 2030 and for total emissions to be cut by at least 50% by 2050 compared to 2008, while aiming for full decarbonisation. To do so, new operational measures will need to be implemented for both the existing fleet and new ships and immediate reductions achieved by 2023.

Since the April 2018 agreement several candidate measures have been proposed including speed regulations for all ships. Recent history shows that reducing the global fleet’s operational speed after the 2008 economic crash led to dramatic reductions in GHG emissions. This speaks to the real-world effectiveness of a potential prescriptive speed measure in helping achieve reduction targets. However, recent studies also suggest that ships are speeding up again as global demand recovers. Should this trend continue, any GHG gains from slow steaming over recent years will disappear.

The signatories to this letter unite in stressing the urgent need for shipping to make its appropriate contribution to addressing climate change. As the initial step we express our strong support for the IMO implementing mandatory regulation of global ship speeds differentiated across ship type and size categories. Our preference would be to set maximum annual average speeds for container ships, and maximum absolute speeds for the remaining ship types, which take account of minimum speed requirements. Such a regulation should be implemented as soon as possible and the obligation for compliance should be placed both on shipowners and operators, including charterers.

We call on all Parties at the forthcoming MEPC74 to support this move. 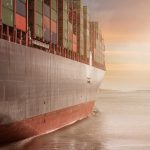 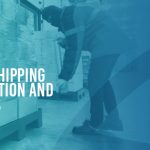