Some shippers are looking at Gulf Coast ports like the Port of Houston as possible alternatives to the severely congested ports along the East and West Coasts. Port congestion like we’re seeing at the country’s largest ports by TEU moves, such as the Ports of Los Angeles and Long Beach on the West Coast and New York and New Jersey on the East Coast, not only costs shippers time but money. Are Gulf Coast ports the answer?

Universal Cargo has certainly found alternative routes for shippers importing or exporting goods over the years to avoid costly situations like congestion, labor slowdowns, strikes, and lockouts at various ports. However, that doesn’t mean switching ports, especially when that change includes switching coasts, is necessarily always the answer to major congestion problems like we’re seeing.

Factors That May Dissuade from Switching Ports

Switching to a Gulf Coast port may be a good option for certain shipments of some shippers, but there are many reasons it may not make sense for other shippers or shipments. There are many such possible reasons, but here are the few that stand out the most:

Shippers Turning to Port of Houston

Gulf Coast ports are increasing their market share of imports from Asia right now. With the terrible congestion we’re seeing at the Ports of Los Angeles and Long Beach, America’s largest port complex in terms of shipping containers of imported goods – especially from China – handled, it makes sense that shippers would turn to alternatives.

Noi Mahoney wrote an article for American Shipper that highlights a rather large importer exploring the Port of Houston as an alternative to the Ports of Los Angeles and Long Beach as well as New York and New Jersey for importing from Asia:

Austin, Texas-based cooler and drink ware manufacturer Yeti (NYSE: YETI) is testing Port Houston as an alternative to the Port of Los Angeles and Long Beach or Port of New York/New Jersey for importing its shipments from Asia, according to Paul Carbone, Yeti’s CFO.

“We’re seeing some elongated wait times coming through the ports in the process of shipments,” Carbone said during Bank of America’s 2021 Consumer and Retail Technology Conference on March 9.

To mitigate wait times and supply chain risks, Carbone said Yeti is cross-docking its shipments, using some different shipping lanes, and using faster shipping lanes out of Southeast Asia “to cut down on the transport time.”

“Lastly, we’re testing some alternative ports, but we haven’t even started that,” Carbone said. “Port Houston is right down from our Dallas-Fort Worth distribution center. So we’re going to send some ships into there; it’s a smaller port, we don’t want that to get overrun. So we’re testing that.”

For Yeti, the Port of Houston makes particular sense with the company being Texas-based. Would Port Houston make as much sense for importers and exporters closer to the Ports of Los Angeles or New York or more direct rail routes from those ports? It possibly still could, but rail rates have been increasing as well as trucking rates with the shipping demand increase we’ve seen over the last six-plus months and the trucker shortage problem the industry faces. Those factors, along with things like rates and times on ocean freight routes to the Port of Houston, would have to be carefully considered against rates and congestion issues at other ports shippers may have previously preferred utilizing.

Mahoney does list other major shippers utilizing the Port of Houston right now:

Small to medium shippers may not be able to control the ports they utilize nor adjust their logistics for switching ports as easily as the above mentioned large companies. However, some smaller shippers may have more flexibility than larger companies, not having to go through as much bureaucracy and red tape as the larger companies do. When shipping through Universal Cargo, shippers can talk through their options with their account managers.

Port Houston & Others Worth Considering

The Port of Houston is also the largest U.S. port on the Gulf Coast. It consistently ranks in the country’s top ten largest ports in terms of cargo volume. In fact, when it comes to foreign waterborne tonnage, Port Houston ranks number one in the country, something it boasts on its website:

The Port of Houston is a 25-mile-long complex of nearly 200 private and public industrial terminals along the 52-mile-long Houston Ship Channel. The eight public terminals are owned, operated, managed or leased by the Port of Houston Authority and include the general cargo terminals at the Turning Basin, Care, Jacintoport, Woodhouse, and the Barbours Cut and Bayport container terminals.

Each year, more than 247 million tons of cargo move through the greater Port of Houston, carried by more than 8,200 vessels and 215,000 barges. In 2019, the port achieved the number 1 ranking in total waterborne tonnage in the United States and still ranks 1st in the U.S. in foreign waterborne tonnage; 1st in imports; 1st in export tonnage and 1st in total vessel transits

Still, how much market share Port Houston could efficiently handle taking from ports on the East and West Coasts is hard to tell. However, it certainly has not experienced the kind of congestion we’re seeing at the Ports of Los Angeles and Long Beach and could be a viable option for some shippers looking to escape congestion and the delays and costs they’ve suffered as a result.

Other ports on the Gulf Coast worth looking into include the Port of Corpus Christi and the Port of South Louisiana. The team at Universal Cargo is always ready to help shippers consider their options and optimize their importing and exporting practices. 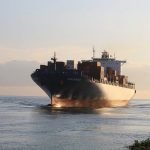