CMA CGM Buying Mercosul as Maersk is Forced to Sell 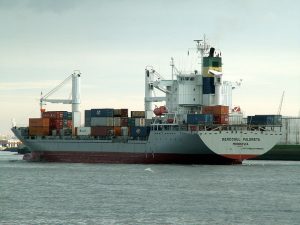 CMA CGM and Maersk announced in a joint press release Tuesday (June 13th) that the former is acquiring Mercosul Line from the latter:

CMA CGM and Maersk Line have announced today that they have entered into a binding agreement whereby CMA CGM would acquire Mercosul Line, one of the leading players in Brazil’s domestic container shipping market.

For Maersk Line to sell a profitable shipping line it owns seems counter to its current strategy of acquiring smaller carriers. However, it appears Maersk has no choice but to sell Mercosul if it wants to complete its acquisition of Hamburg Süd.

Maersk owning both South American shipping lines Hamburg Süd and Mercosul would not likely be approved by Brazilian competition authorities. The Maersk/CMA CGM press release alludes to this with:

The transaction will ensure that the cabotage sector in Brazil remains competitive and that customers continue to benefit from a comprehensive choice of carriers.

In April, Ben Meyer reported in American Shipper that Maersk would put Mercosul up for sale, clarifying the reasoning behind the sale with a direct quote from Maersk:

“With the purpose of securing the Brazilian competition authorities’ (CADE) swift approval of the Hamburg Süd acquisition, it has been decided to divest Mercosul from A.P. Møller – Mærsk,” a Maersk spokesperson said in an email to American Shipper. “The divestment will ensure that the cabotage sector in Brazil remains competitive and that customers can benefit from a comprehensive choice of carriers.”

According to that article, “Hamburg Süd subsidiary Aliança Navegação e Logística currently controls 59 percent of the Brazilian cabotage market, while Mercosul controls around 21 percent…” That means if Maersk owned both shipping companies, the carrier would control a whopping 80% of the cabotage market in Brazil. There would only be one competitor left, Log-In Logística Intermodal, controlling the other 20%.

Since we usually only talk international shipping in Universal Cargo’s blog, cabotage is shipping between ports within the same country (generally by carriers or operators from another country).

Knowing since April that Maersk would sell Mercosul in order to complete its acquisition of Hamburg Süd, the real news that broke this week is who would be buying the shipping line from Maersk.

In his American Shipper article, Meyer listed not only CMA CGM as a contender to buy Mercosul but also Mediterranean Shipping Co. (MSC), COSCO Shipping, NYK, and Hapag-Lloyd.

Winning the bid, CMA CGM had this to say about acquiring Mercosul:

The acquisition of Mercosul Line would allow CMA CGM to strengthen its service offering to and from South America, most notably in Brazil, a market with a strong potential for development, especially on cabotage and “door-to-door” services.  This activity is part of CMA CGM’s core strategy, which  is to develop intra-regional sea transportation links and complementary services such as logistics.

The acquisition is not totally a done deal. It will, of course, have to receive approval from the proper regulatory authorities and is dependent upon Maersk’s completed acquisition of Hamburg Süd per Tuesday’s press release:

The Mercosul transaction is subject to Brazilian regulatory approval and the closing of Maersk’s Hamburg Süd acquisition. At the earliest, the integration of Mercosul within CMA CGM will start at the same time as the Hamburg Süd integration, which is expected in Q4 2017. Until then, Mercosul Line will continue business as usual.

At this time, there is no reason to believe we won’t see Maersk owning Hamburg Süd and CMA CGM owning Mercosul by the end of the year. 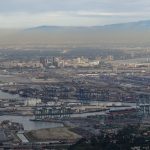