Truckers Strike at Ports of Los Angeles and Long Beach 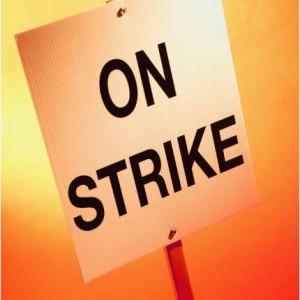 Yesterday (Monday, June 19th), truckers formed picket lines at the Ports of Los Angeles and Long Beach, going on strike over their classification as independent contractors.

If this sounds familiar, it’s because truckers have been fighting this battle over their classification as independent contractors for the last few years. In April of 2015, Universal Cargo published a blog that looked just like this one in title: Truckers Strike at the Ports of Los Angeles & Long Beach.

It seems that despite their efforts, very little has changed for truckers since then.

In 2015, the Ports of Los Angeles and Long Beach were trying to recover from massive congestion when truckers hit the terminals with their picket signs. There was worry then that the ILWU might join the truckers strike, showing solidarity and set port recovery way back.

Actually, the ILWU did join the truckers in their strike back in 2015, despite industry insiders projecting the union would not because the ILWU doesn’t get along with the International Brotherhood of Teamsters, which backs these truckers strikes. ILWU’s joining of the 2015 strike was very short lived, lasting only about an hour.

Expectations are that the ILWU will not get involved in the truckers strike that is continuing now.

According to the Long Beach Press-Telegram, the current truckers strike at the Ports of Los Angeles and Long Beach is actually the 15th such strike in the last 4 years.

In an article by Rachel Uranga, the Press-Telegram shares the following information about the current truckers strike:

Protests targeted Connecticut-based XPO Logisitics Inc. on Monday, but the strike will expand over the coming days to include more drivers at other trucking companies and will last until the end of the week.

The truckers strike we shared in this blog back in 2015 had pretty minimal effect on the ports, and although this current strike is growing and expected to last the week, it also is expected to have minimal impact on the ports.

By all reports so far, operations in the ports have not been affected by the truckers strike picketing at terminals. However, there have been some traffic delays at the ports, and that should be expected to continue.

The truckers’ grudge isn’t actually with the Ports of Los Angeles and Long Beach; it’s with trucking companies like XPO Logistics that do much transport business at the ports.

Truckers feel exploited and cheated out of fair wages and benefits while being forced to take on truck expenses by being classified as independent contractors, what they call a misclassification. Taking this issue to court, truckers have been awarded millions in lawsuits; however, the companies they work for appeal the rulings and the battle rages on.

While, as mentioned, truckers’ battle is not really with the ports, recent news out of the Ports of Los Angeles and Long Beach does have them concerned.

NBC Los Angeles, in an article on the truckers strike, shared the following quote, expressing truckers’ concern over the CAAP and how their classification makes it financially impactful for them:

“We support clean air, but there was no mention on how this Clean Air Action Plan would impact the drivers. We are concerned about who will end up paying for it,” said Eric Tate, secretary-treasurer of Teamsters Local 848.

“The last time they did this in 2008 with the Clean Truck Program, the corporations ended up passing on the cost to the workers by requiring them to lease a truck in order to get hired and illegally misclassifying them as `independent contractors,’ leaving very little for the workers to take home to their families. We don’t want that to happen again,” he said.

Here at Universal Cargo, we’ll keep an eye on this strike and any impacts it may have at the ports. As always, we’ll share news that impacts shippers here with you. 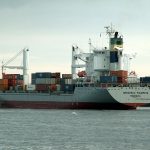 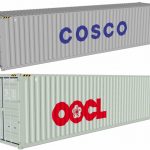