Countries Ban Export of Masks & Medical Supplies in Face of Coronavirus, But Trump Leads U.S. in Opposite Direction 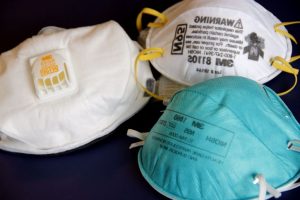 As COVID-19 has spread from an epidemic in China to a world-wide pandemic, countries have restricted or banned the exporting of needed medical supplies such as face masks and ventilator tubes. A lot of countries have done this.

Scott Tong reports in an article on Marketplace.org:

With critical ventilators and medical safety gear in short supply globally, countries that manufacture these goods are racing to keep them inside their borders. Nearly three dozen governments have banned or limited exports in March alone, a new study finds.

Given that there are nearly 200 countries in the world (195 or 197 depending on who’s counting), nearly 36 of them banning the export of masks and/or other needed medical gear in the midst of this world-wide crisis may not sound that, that big. We’re talking about less than 18% of the countries in the world here, right? However, when you consider that, according to the International Monetary Fund (IMF), there are only 39 developed countries, or countries with “advanced economies” as IMF puts it, 36 suddenly becomes a much, much more significant number.

You can’t blame countries that much for putting their people first and telling their producers of needed medical supplies, like masks or ventilators, that those supplies have to stay there to take care of their people rather than being shipped out to other countries. At the very least, you can understand the reason countries would ban the export of masks and other medical supplies right now when there are shortages of these supplies all around the world.

Frankly, you would expect President Trump to be the first world leader to push his country toward such protectionist policies. After all, isn’t “America first” one of his slogans? Isn’t he the poster child (or poster 73-year-old/most powerful man in the world) for protectionism with his tariffs and trade war on China? Heck, protectionism was the word of the day when Trump was elected. However, the message from President Trump has been quite the opposite.

It was when, in one of his daily briefings with his coronavirus task force, the president spoke about companies building ventilators that I noticed the stark contrast between the protectionist policies of blocking medical supplies from leaving to other countries and what President Trump was laying out as expectations for the U.S. Not only has President Trump not pushed for a ban on exporting masks or ventilators, he said in the briefing that the U.S. will produce not only ventilators for our country but ventilators to help other countries with their needs too.

That’s a pretty stark contrast to an anecdote in Tong’s Marketplace article about Germany stopping masks that were bound for Switzerlan:

According to Evenett, Germany even intercepted a shipment of Chinese-made masks bound for Switzerland.

“They were just trans-shipping through Germany, and they got caught up in this,” [Simon Evenett, international trade professor at the University of St. Gallen in Switzerland] said. “The Swiss went ballistic. And they called in the German ambassador and really gave him a telling off. The last I heard they were still in Germany.”

Tong points to the worry of Chad Bown, trade scholar and senior fellow at the Peterson Institute for International Economics, that countries will retaliate and trade walls will go up as a warning to what these protectionist moves could lead to in this time of global crisis. Bown even points to the trade war between the U.S. and China for how quickly trade restrictions can escalate. It almost seems ironic that President Trump and U.S. would lead in a way that is counter to these protectionist trade restrictions. 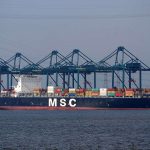 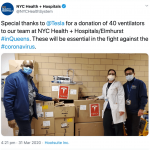