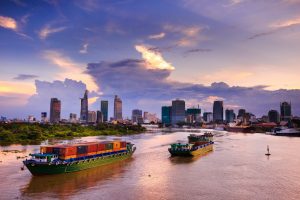 The massive explosion at the Port of Beirut last week shined a light on a problem in international shipping that has long been hidden in the shadows. The blast – which killed 171 people and counting, wounded over 6,000 people, and displaced 300,000 from their homes, according to the Deccan Herald – reportedly was caused when a fire ignited 2,700 tons of ammonium nitrate that had been stored in a warehouse. That ammonium nitrate was put there years earlier when the m/v Rhosus, the ship transporting the explosive chemical compound, was abandoned along with its crew.

Joshua Keating outlined what happens when ships are abandoned in an article published by Slate:

Usually once a ship is abandoned, it will be “arrested” by the port—this is what happened with the Rhosus—and will be held until the shipowner can make good, or until the maritime courts of the country where the ship is located get involved and auction it off, using some of the proceeds to pay the wages of the crew. But crew members can lose their rights to these wages if they abandon their vessel, leading to extreme cases like the crew of the Azraqmoiah, who were stranded for 18 months off the cost of the United Arab Emirates in 2019 with little food or water. The cargo of these ships is typically not auctioned off, so in cases like that of the Rhosus, where the cargo’s owner loses interest in it, jurisdiction can be a little hazy.

If there is a usual procedure when ships are abandoned, this can’t be an isolated event with the Rhosus. In fact, Keating’s article goes on to alert readers that this is a major problem in the international shipping industry:

In his 2019 book The Outlaw Ocean, New York Times reporter Ian Urbina argues that abandonment is as serious a problem as flashier stories like piracy, writing, “if the public discovered that an industry had a de facto policy of looking the other way as workers in factories around the world were routinely locked behind chained doors for weeks or sometimes months, with no freshwater or food, unpaid and given no sense of when they might be permitted to go home, would there be immediate outrage? … Not at sea.”

We’ve blogged about dangers, including the still major problem of piracy, to ships, crews, and cargo in the past, but we’ve never blogged about ship abandonment. This is an issue that has sailed under my radar and, unfortunately, under the radar of many in the international shipping industry.

Occasionally, stories about ghost ships circulate. From the sound of that, you’d think these are just tall tales from sailors like those of mermaids or the leviathan or the edge of the world; however, ghost ships are real. They’re not haunted ships but empty ones, floating abandoned on the seas.

Here’s a video of one such ghost ship washing up in Ireland.

'Ghost Ship' Washes Up in Ireland

Ghost ships like this tend to happen when ships run out of fuel or have mechanical failure, causing the crew to abandon ship or be rescued from it, leaving the ship to float alone at sea. These floating ghost ships are interesting and problematic; however, it’s ships along with their crews abandoned at ports that is the more common problem.

The International Maritime Organization (IMO) has a whole page devoted to seafarer abandonment where it lays out some alarming statistics on the topic:

On 31 December 2018, there were 366 abandonment incidents listed in the database since it was established in 2004, affecting 4,866 seafarers. Of those incidents, 175 cases were resolved, 77 cases were disputed and 52 cases were inactive. There were still 52 unresolved cases.

I took a look at the International Labour Organization’s (ILO) database on reported incidents of abandonment of seafarers to find, shockingly, that there have been 21 reported cases of abandoned ships so far in 2020.

Ship and seafarer abandonment is clearly a persisting problem. Most U.S. shippers are unlikely to be directly affected by ship/seafarer abandonment as the large carriers shipping goods between the U.S. and its largest trade partners don’t tend to abandon their ships. Additionally, ships sailing under the American flag very rarely appear on the list. The only two such cases I saw were both resolved.

However, there have been a number of cases where the ships and crews were abandoned at U.S. ports. During an extremely busy time, this could have some impact at the port. If an abandoned ship was actually meant to call on the port, either delivering or picking up goods, loading and unloading cargo would obviously be interrupted, affecting the importers and/or exporters who were supposed to have their goods transported on the ship.

Of course, it is the crew members of abandoned ships who suffer the most in these situations. Shippers should be insured, and the loss or delay of goods would be hard to compare with the plight of the abandoned ship’s crew. When ships are abandoned, the crew is not paid and can be stranded on ships as they watch their food and supplies run out.

Similarly, many seafarers have been stranded on ships during the novel coronavirus pandemic. Seafarers stranded out on ships because of the COVID-19 situation have gotten some attention during this pandemic – we might dig into that a bit more in future blogs – however, the stories of seafarers abandoned during regular times have been largely ignored.

Unfortunately, the crews of ships, even though they are integral to the global economy, tend to be unseen and unheard. Those seafarers in distress from abandonment deserve better. 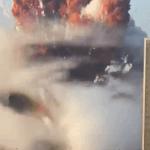 Beirut Explosion: How Did 2,700 Tons of Ammonium Nitrate Get Warehoused at the Port?cargo, shipping, Warehousing 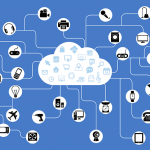