Do You Know Your Turkeys? Take the Turkey Quiz! 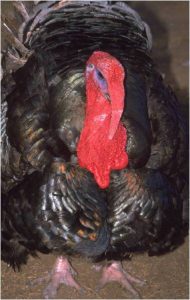 You might call today Thanksgiving, but many call it Turkey Day. To celebrate people all over the United States following tradition and stuffing their faces with turkey today, Universal Cargo keeps the Turkey Day Blog tradition, which is much less celebrated (except by Ray), alive.

But how can I post another turkey blog and make it different than the ones posted in years past? I got it! How about a Turkey Quiz! How much do you really know about the bird you, or at least many people you know, will be eating today?

Okay, let’s face it. There’s a good chance you’re not reading this on Thanksgiving Day because who reads international shipping blogs on holidays? If you do, don’t worry. I don’t judge. Take the quiz below to test your turkey knowledge or challenge your friends, family, or coworkers.

Since this is an international shipping blog, I’ve also thrown in a couple questions about shipping to and from the country of Turkey. Don’t worry, it’s all multiple choice. Just like the SAT. What could be better?

Are you ready? Begin!

1. Which of the following cannot be used to conclude a turkey’s sex?

The answer is a). Many turkeys have special feathers, which look like a tuft of coarse hair, that are referred to as a beard. More often than not, guessing a bearded turkey to be male would be correct. However, the beard is not enough to conclude the sex of the bird. While it is more common for male turkeys to have beards, many female turkeys also have these special feathers.  According to reference.com:

“If one sees a beard on a turkey, it indicates that the turkey is probably a male — about 10 to 20 percent of female turkeys also grow beards. Regardless of whether the turkey is male or female, the beard can be up to 18 inches long with an average length of nine inches.”

It should be noted that beards on lady turkeys do not seem to be a turn off for male turkeys.

b) is incorrect because as is common with many birds, male turkeys have more brightly colored feathers than their female counterparts. On top of this, only male turkeys fan their tails according to reference.com.

“A turkey’s gender can be determined from its droppings–males produce spiral-shaped poop and females’ poop is shaped like the letter J,” says Smithsonian, making c) incorrect. That’s an appetizing thought before Thanksgiving dinner.

d) is incorrect because, like the men in any Western you can watch John Wayne or Clint Eastwood in, male turkeys have spurs. According to animals.mom.me, “As male turkeys become sexually mature at about 6 months of age, they begin developing long talons, one on the back of each leg. Known as spurs, these talons grow throughout the turkeys’ lives. Only male turkeys grow the spurs…”

2. Which founding father preferred the turkey to the bald eagle?

The answer is c). Benjamin Franklin wrote to his daughter about how the turkey is more courageous and respectable than the bald eagle, which we covered thoroughly in a previous Turkey Day blog. The other founding fathers didn’t leave such strong evidence concerning their feelings about the two birds other than the fact that the bald eagle was chosen as the national bird and the turkey was not.

The answer is c). This data is according to the Turkish Statistical Institute.

4. Why is the turkey called a turkey?

a) Turkey is the transliteration of a Native American (Wampanoag language) name for the bird.

b) Benjamin Franklin gave the bird its name because at a “turning point” between the Pilgrims and Native Americans it played a “key” role.

c) It was named after the country Turkey.

d) European settlers thought the syllables “tuuurr” and “key” best described the sound the male turkey’s feathers made when dragged across the ground to attract a mate.

The answer is c). According to the Huffington Post:

The bird “turkey” actually is named after the country Turkey. Who’d have thunk it? Reportedly, Europeans mistakenly thought the turkeys they saw in America were Guineafowl, also known as turkey fowl in Europe because, get this, they had been imported from the country Turkey to Central Europe. Then again they also thought America was Asia.

5. How many calories are in a turkey’s tail?

d) There are no calories in a turkey’s tail.

The answer is b). Again we go to the Huffington Post:

Turkeys have a tail that is considered a delicacy in many countries. The turkey tail is very fatty and a single turkey tail can have up to 200 calories (almost all from fat) depending on size!

Now you can ask the awkward question to a Thanksgiving meal guest if he is a leg man, breast man, or tail man.

The answer is d). World’s Richest Countries shares the following data about goods exported from the United States to Turkey in 2015:

7. How many pounds of turkey does the average American eat every year?

You’d need a good memory to pull this answer from our 2013 Turkey Blog, but the average American eats between 16 and 18 pounds of turkey every year according to WHSV.

Don’t let that female turkey fool you. Size matters. The answer is d).

With that as a final image, go eat some turkey, watch some football, and be with people you love! And if you want to ship to or from Turkey or anywhere else in the world, contact Universal Cargo for a free freight rate quote. 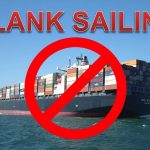