The federal government is threatening to put its thumb on the scales of the trucking portion of the nation’s supply chain. With a proposed rule reminiscent of California’s AB5, the government goes after the system of independent truckers that the country’s supply chains depend upon.

Bill Mongelluzzo reports in a Journal of Commerce (JOC) article:

The Labor Department’s proposed rule under the Fair Labor Standards Act, as currently written, would make it much more difficult for companies to protect the independent contractor status of the owner-operators who contract with them, Gregory Feary, president and managing partner at the transportation law firm Scopelitis, Garvin, Light, Hanson & Feary, told the Journal of Commerce.

If the proposed rule becomes law, it will effectively replace the decades-long dominance of the independent contractor model in trucking with an employee-driver model that some trucking companies feel is more costly and less efficient. Feary said there are currently about 350,000 independent truckers in drayage and over-the-road trucking in the US.

After a long legal fight to stop AB5 in California failed, many truckers took to protesting at ports. There was some disruption, but we’re still a long way from seeing what the full fall-out of AB5 will be. Of course, whenever the government gets overly involved in an industry, the result tends to be the same: increased cost and less efficiency, often to extreme degrees. Consider the increased costs of healthcare and education with increased government involvement as examples.

This proposed federal rule under the Fair Labor Standards Act could easily cause disruptions from truckers like those in California over AB5, but on a national scale. And, of course, it is expected by industry professionals to increase costs while decreasing efficiency. In a time of high inflation, economic downturn, and trucker shortages, this proposed rule is a bad risk to take with national supply chains.

However, there are differences between this rule and AB5 highlighted in Mongelluzzo’s article:

The requirements in the proposed Labor Department rule, which could be finalized in the next three to six months, differ somewhat from the AB5 regulation that became law in California last summer, Feary said. AB5, which is based on the “ABC test,” contains three criteria involving the scope of work performed by drivers and the amount of control a trucking company exerts over the drivers. Feary said all three elements of the ABC test must be proven to demonstrate the worker’s status.

The rule proposed in the 184-page Labor Department document contains five criteria to be met to demonstrate independent contractor status. Those criteria involve company control over the driver; the investment made by the worker in the tool of the trade (truck); whether technology, such as safety or tracking technology, allow the company to exert control over the worker; the extent of managerial decision-making afforded to the independent driver; and whether the driver engages in “exclusivity” if they contract with the same company for years.

The proposed rule would not require that all five criteria be met, but rather that the majority of the five lean in that direction, Feary said.

Like with AB5, how this rule would end up getting applied is unclear. There’s always the fear of increased strictness and escalating regulation over time, as is often the case with government involvement in industries. The potential threat to independent truck owner/operators remaining independent, which is often very important to those truckers – even something they pride themselves on – is high.

Speaking of government putting its thumb on the scales of the supply chain, the coercion of cargo handling companies at O’Hare Chicago Airport to make a deal with the powerful union Service Employees International Union (SEIU), which wants to represent the companies’ employees, was successful. A city mandate pushed by Mayor Lori Lightfoot and SEIU required cargo handling companies at O’Hare to make a deal with SEIU by January 20th or get their licenses revoked.

A week ago, I shared with Universal Cargo blog readers the potential cargo disruption at O’Hare because of this mandate. As an update, the cargo handling companies signed deals with SEIU, as reported by Eric Kulisch in a Freight Waves article:

The Chicago Department of Aviation (CDA) on Tuesday notified freighter operators that cargo handler Swissport has signed an agreement with the Service Employees International Union (SEIU) establishing parameters for the union to mount a membership drive. The development eliminates the potential for a supply chain disruption.

Alliance Ground International, another major airport service provider, on Friday agreed on a plan for the SEIU to access its facilities and meet with workers. Worldwide Flight Services reached a resolution with the union much earlier.

More and more, Democrat-run cities are forcing companies to sign labor peace agreements, as Chicago required airport service companies to do last summer. Kulisch sums up these deals, if you can call them that, well as “controversial agreements” that “force employers to be neutral during union organizing campaigns and unions not to engage in picketing, work stoppages or other economic interference for a period of time.”

In reality, businesses aren’t getting anything from these deals. They’re forced to allow big unions to swoop in and recruit their workforces without interfering or arguing the benefits of not joining said unions. The businesses end up with a workforce more likely and organized to take labor action, including strikes and slowdowns, against the employers for higher wage and benefit demands with the time unions’ time of not being able to engage in such labor action very limited. It’s also a bad deal for workers who do not wish to join and pay dues to these unions.

While it’s easy to get pessimistic with the big picture, this story is good news for air shippers in the immediate moment. Shippers do not need to avoid O’Hare at the present. 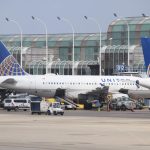 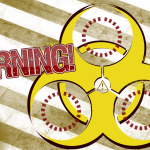