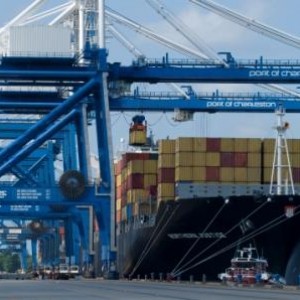 They say change is a constant. What’s certainly constant about change is someone always finds a way to make money on it.

U.S. ports are in position to cash in on the upcoming regulation change that is the hot topic of international shipping.

Everyone is talking about the new International Convention for the Safety of Life at Sea (SOLAS) regulation requiring shippers to provide a verified gross mass (VGM) of loaded shipping containers before the containers can be loaded on ships.

How much of an impact is this rule that goes into effect on July 1st going to have on the operation of shippers has been hotly debated.

Many have worried there will be very large operational changes that will hurt shippers; however, the U.S. Coast Guard has said that U.S. laws are actually equivalent to this new rule.

There will be an effect. Here’s what’s really going to happen: fees. VGM fees. Is anyone surprised?

Someone is going to make money off this thing. And, of course, it’s not going to be shippers. Ports just happen to be in the perfect position to turn this rule change into money.

The Coast Guard released a bulletin to highlight versatility in how shippers can provide VGM. Shippers don’t need to weigh the loaded containers themselves; terminals can be authorized to do the actual container weighing.

Ports will take advantage of that by charging a VGM fee to weigh shipping containers for shippers.

The Port of Charleston is going to start charging a $25 fee to provide shippers with a VGM on a shipping container according to an American Shipper article:

The South Carolina Ports Authority on Thursday said it will charge $25 to provide container weight verification on behalf of shippers at the Port of Charleston to comply with new international maritime safety regulations.

What a great service the Port of Charleston is providing shippers, right? Well, here’s the real kicker: They’re charging shippers for something the port already does anyway.

The article goes on:

The Port of Charleston for years has weighed every export container received at its terminals on calibrated scales to meet Occupational Safety and Health Administration regulations requiring terminals to receive the gross weight of the container, or use its own scales to obtain the weight, before it is hoisted by any cargo handling equipment.

“It has been our position all along that we have employed a best practice in safely loading ships in our port for the last 20 years due to our weighing of all export containers,” SCPA President Jim Newsome said in a statement.

Ports across the U.S. are beginning to announce these fees, framing them as a service terminals are providing for shippers. And $25 a shipping container is actually on the cheap side.

The Port Newark Container Terminal announced Tuesday “it will provide the service to shippers for $69.10 per unit” according to an article from the Journal of Commerce.

Now a clear picture of what the new SOLAS VGM rule change means for shippers is coming into focus. No real operational change. Just a new fee.

The more things change, the more they remain constant. 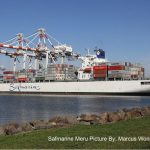