Word from the International Longshoremen’s Association (ILA) was that it  planned to shut down East and Gulf Coast ports last week and hold a protest march in Washington.

Obviously, the news of a potential port shutdown was not welcome news to shippers or anyone else in the supply chain. Such a shutdown would likely have cost the U.S. economy millions of dollars. However, the strike never happened. 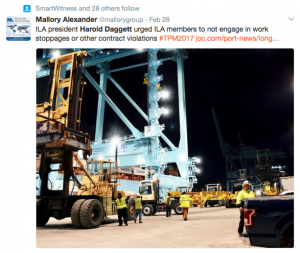 Twitter helped break the news of the strike’s cancellation with tweets like the one shown right by Mallory Alexander.

Apparently, the strike was not sanctioned by ILA leadership but came from the rank and file organizing the shutdown and march themselves.

ILA President Harold Daggett urged union workers not to violate contract with this march and has gone to Washington himself. Obviously, the organization of the strike was big enough for leadership to know about it but, luckily, not to sanction it.

That doesn’t mean ILA leadership does not agree with the union members about the issues that inspired the planned strike or the strategy of seeking federal support over those issues.

On the ILA’s website, it was reported that Daggett will seek an emergency meeting with congress over the union’s grievances that almost brought cargo movement on the East and Gulf Coasts to a halt. The brief article shared the ILA’s president’s words with the union:

“We hear your anger, we hear your frustration and we intend to address it,” said ILA President Daggett. “With a delegation of ILA leaders, I will be heading to Washington to seek help for our industry from Congress.”

“I strongly urge all ILA members not to engage in any work stoppage or any other violations of our current Master Contract,” continued President Daggett. “Let the leadership of the ILA meet with Congress in Washington. I am confident Congress will understand the urgency of our issues and help us resolve any and all problems.”

But just how likely is it that Congress will actually help the ILA resolve their grievances. Supply Chain Dive, in an article on the called off shutdown, points out a couple reasons why there’s doubt Congress will step in on behalf of the union’s issues:

Yet, Congress’s role and legislative bandwidth to address the issue remains in question. While the union workers are protesting overregulation by the part of the states, Congress’ role in regulating state port authorities is limited. Similarly, Congress does not appear to have legislation on worker retraining in the pipeline, given an already stacked schedule to address the new administration’s policy goals and a budget.

If Congress does nothing when it comes to ILA’s issues, will the strike just come later?

The big issues behind the ILA union members’ plans to shut down the ports and march on Washington are the Waterfront Commission of New York Harbor and the use of state employees at terminals operated by the South Carolina Ports Authority.

Obviously, the longshoremen unions are against any jobs being performed by workers outside the union. Think about how the International Longshore & Warehouse Union (ILWU) essentially shut down container shipping at the Port of Portland over two jobs plugging and unplugging reefer containers that had traditionally been performed by another union. So state employees filling any job at a terminal instead of ILA members is going to be a big problem for the union.

As long as the Waterfront Commission exists, there will be strife between it and the ILA. How could there not be when the commission exists to root out organized crime at the docks, focused on the long history of mob connection in the ILA?

With these issues being strong enough for ILA members to strike over, shippers worry about disruption during the upcoming contract negotiations between the ILA and employers.

It is predicted these won’t even be the most contentious issues when contract negotiations begin. There is projected to be a big fight over automation at the ports.

Threats of strike and port shutdowns had shippers rerouting cargo the last time the ILA and the United States Maritime Alliance (USMX) negotiated a contract. This time, there could be more than threats. 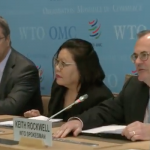 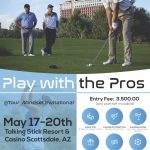 Take Shipping Vacation to Golf With a ProInternational Shipping