Why Is This International Shipping Story So Sad? “The first container ship to call on the Port of Portland in three months arrived last Tuesday and stayed a day,” reported Joseph Gallivan in the Portland Tribune.

Why no shipping container vessels? It is not as though the Port of Portland is not a viable option for container shipping.

Gallivan’s article quotes Greg Borossay, General Manager of Trade Development at the Marine Division of the Port of Portland as saying:

“… The value proposition for bringing containers 100 miles upriver to serve a city the size of Portland is not immediately apparent, but when [shipping companies] see the calculations they see they can make money. It’s a niche market where an ocean carrier can make money at great levels.”

Borossay added, “If you’re paying top dollar for a specialized service it has to deliver. For 18 years Hanjin were getting what they were expecting and they were happy.”

Gallivan shares in his article that “Hanjin Shipping once handled 2,000 containers a week, and Hapag-Lloyd 600-700 a week” through the Port of Portland.

So why are these big shipping companies no longer bringing their business to the port? If you were skimming Gallivan’s article, it would be easy to miss.

“Those firms pulled out earlier this year after a slow down by longshoremen.”

When their contract expired during the long negotiations between the ILWU and PMA, the ILWU Local 8 really took advantage. No contract meant no arbitration in place for the Port of Portland to go through the process of trying to resolve the ILWU’s hard-timing tactics. Not that judges ruling against the ILWU at the Port of Portland previously had stopped the ILWU slowing down the work to put pressure on their employers at the port.

The ridiculous thing is that all the slowdowns and shutdowns the ILWU orchestrated at the Port of Portland started because of two jobs.

The ILWU wanted to take control of two jobs–two jobs monitoring, plugging, and unplugging reefer shipping containers–at the Port of Portland that the International Brotherhood of Electrical Workers had been doing for the previous 30 years.

As the ILWU hard-timed the port and brought productivity to incredibly low levels, Hanjin threatened to pull out. In fact, Hanjin even announced quitting service at the port at one point. But the port kept their biggest ocean carrier by offering incentives.

Despite the danger, the ILWU kept hard-timing the port. Over two jobs, the union was willing to put so many more union jobs at risk, as well as hurt the local economy and importers and exporters who ship through the port.

A Hanjin pullout would “end a $250,000 weekly payroll for longshore workers who load and unload the vessels at Terminal 6,” according to the Journal of Commerce. Even when the union was awarded the two jobs, animosity between the union and employers at the port kept the hard-timing going. The ILWU ignored the obvious repercussions and lowered productivity until Hanjin and  Hapag-Lloyd left the port.

Now a container ship calling on the port is news.

It would be laughable if the whole thing weren’t so sad.

You can just hear the desperation at the Port of Portland through Borossay’s quotes in Gallivan’s article:

“[Westwood Shipping Lines’] return [the shipping line suspended operations at the port, but this story of their ship, the Westood Rainier calling on the Port of Portland, marks their return to the port] does establish a link to Asia,” he told the Tribune. “We’re going to need to establish a track record to demonstrate to the larger carriers that the operation is back on track.” He added, “We have four cranes ready to go. We could accept Hanjin back any time.”

The Westwood Rainier call went well. “It’s a bit of a sigh of relief. But one vessel does not make a track record.”

It could be worse. The Port could have been more dependent on shipping container business and been closed down altogether by the union’s actions. Gallivan’s article includes:

Borossay was also keen to point out that containers have never been more than 10 or 15 per cent of the port’s total business. Products such as steel rail, potash and automobiles are a far bigger earner. He said the port had over 1,500 vessel calls last year.

Still, if you don’t think losing the shipping container business didn’t hurt the Port of Portland, shippers, and the the ILWU Local 8, you’re kidding yourself.

If you’re interested in reading more about what happened between the ILWU and the Port of Portland to reach the situation they are now in, you can read our previous blogs. One of them even includes an eerie prediction of the slowdowns that took place all along the West Coast during the contract negotiations between the ILWU and PMA. 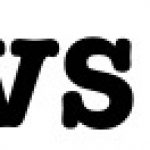