Is the Government Going After Carrier Alliances?

Today, we continue our look at governmental pressure on the international shipping industry. Having watched carrier competition shrink over the last decade until reaching the point we’re at now, where only three carrier alliances dominate ocean freight shipping, we’re seeing the shipping lines able to control capacity in the industry and push freight rates up. High demand over the last year has paired with that, helping freight rates soar to record highs.

While freight rates are so high, service from carriers is low. Over the last year, every time I’ve seen stats on carriers’ vessel reliability for a month from maritime research firms like Sea Intelligence, on-time vessel performance from Asia to the U.S has been less than 30%. Shippers keep getting hit with detention and demurrage fees caused by factors well out of their control. Shippers have complained about this for years, but these unfair fees seem to have only gotten worse since the pandemic hit. Additionally, carriers have refused services and shipping containers to U.S. exporters, including agricultural exporters, to prioritize more profitable routes.

Shippers have been petitioning the government to step in, and the government has taken notice. In the last blog post, we looked at an executive order from President Biden announcing policy for a big antitrust push, which includes in the global container shipping industry. Today, we’ll look at other moves being made by the government that could seriously impact carrier alliances, which if broken up could result in freight rates coming down for shippers, and the industry as a whole.

Rewriting the Shipping Act of 1984

We could see massive rewriting of U.S. legislation regarding international shipping. Last month, Mark Szakonyi and Peter Tirschwell wrote an excellent article in the Journal of Commerce (JOC) titled, “US regulators train sights on container shipping.”

The article brings up President Biden’s executive order, but it also states that “for the first time in more than 20 years, Congress is on track to rewrite the shipping law that gives the Federal Maritime Commission (FMC) its direction, powers, and purview.” This could actually be a bigger deal than the executive order, which – let’s face it – has a large scope and is still just one of many, many executive orders the president has signed.

Szakonyi and Tirschwell outline new legislation being proposed that addresses the unfair detention and demurrage complaints made by shippers and U.S. exporters’ claim that they are being discriminated against in favor of more profitable trade lanes for carriers:

So-called unreasonable detention and demurrage bills are a longstanding grievance of shippers, to the point that the National Industrial Transportation League (NITL) and the Agricultural Transportation Coalition (AgTC) have proposed legislative changes to shift the legal burden of proof in detention and demurrage billing from shippers to carriers. Language shifting that burden is part of a draft bill that envisions an upending of the current regulatory system and could be introduced before the August recess of Congress.

Although there is no guarantee the bill will pass in its current draft form, the initial salvo by Rep. John Garamendi, D-Calif., dubbed the Ocean Shipping Reform Act of 2021, would take US shipping law in a starkly different direction, reversing the deregulatory trajectory of the most recent shipping law rewrites in 1984 and 1998 by placing a heavy burden on ocean carriers and strengthening the oversight role of the FMC.

According to a draft of the bipartisan bill obtained by JOC.com, the new regulations would make it much more difficult for container lines to refuse to carry export cargo or prioritize repositioning of empties at the expense of ports. If passed into law, the bill would also prohibit carriers from collecting detention and demurrage fees in cases when “obstacles to cargo retrieval or return of equipment are… beyond the control of the invoiced or contracting party.”

In addition, it would go further than current law in barring unreasonable denial of service by a shipping line, saying a carrier “may not… fail to furnish or cause a contractor to fail to furnish the facilities and instrumentalities needed to perform the transportation services, including containers.”

Who knows if this Shipping Act reform will go through, especially as Congress seems less and less effective with the widening rift between our nation’s two main parties. That the bill is bipartisan certainly helps.

The Shipping Act of 1984 doesn’t need to be rewritten or reformed for carriers and their alliances to find themselves in hot water with U.S. regulatory bodies. Both the FMC and the DOJ are focusing in on antitrust isuues, much like President Biden’s Executive Order on Promoting Competition in the American Economy talks about.

Szakonyi and Tirschwell write, “The FMC and the Justice Department on July 12 agreed to increase cooperation between the agencies on antitrust issues through a first-of-its-kind memorandum of understanding [MOU].”

I’ve written more than once over the last several months that I don’t know how much higher carriers could push freight rates without serious backlash from shippers and regulaators. Well, shippers have been complaining to the government, and anyone who’d listen, for sometime now. Finally, a large shipper filed a formal complaint with the FMC claiming caarrier collusion.

This claim is the exact sort of thing that could test the FMC and DOJ’s seriousness and cooperation in investigating carriers and their alliances for potential infractions of the Shipping Act. Szakonyi and Tirschwell’s article goes on to say:

The MOU could enable the FMC to get the DOJ’s perspective on whether it has enough of a case showing an existing agreement violates the Shipping Act of 1984 to seek a federal injunction from a judge, and potentially how such a case could be strengthened, according to a maritime attorney who asked not to be identified. The FMC has only sought an injunction once; in 2008, it pursued a preliminary injunction against the ports of Los Angeles and Long Beach Clean Truck Program. A federal court denied the injunction the following year.

Injunctions on carriers’ vessel sharing agreements are the exact thing that would break up carrier alliances. Based on the FMC’s history, I still don’t find it overly likely we’ll see the commission seek such injunctions. However, we may have reached the breaking point with freight rates and service in the industry that such action from the FMC, in conjunction with the DOJ, is possible with the Biden Administration’s antitrust push.

A week after signing the agreement with DOJ, the FMC told the top nine container lines operating on US trades that the agency will immediately begin auditing how they bill customers for detention and demurrage. The newly formed Vessel-Operating Common Carrier Audit program will gauge whether additional storage fees that stem from an inability to pick up or return containers heed the agency’s interpretive ruling: that the fairness of detention and demurrage fees should be viewed through a lens of whether they encourage cargo flow.

… Each carrier must tap a managing director to respond to the audit and provide monthly updates to regulators.

Shippers are more and more disgruntled as the incredibly high freight rates hurt their ability to make a profit. The incredible inflation of rates in international shipping add to the inflation already happening in the U.S. from factors like the trillions in spending from the government and money printing to go along with it as well as oil and gas prices continuing to rise. With the size and impact of the international shipping industry, that’s reason enough to get the government’s attention if shippers’ complaints aren’t.

Despite generally being one for smaller government and less regulation, I have argued for years that the government should reconsider approving the carrier alliances that dominate ocean freight shipping because I recognize the need to protect industries and consumers from monopolies and oligopolies. Not to mention, the international shipping industry could never truly be a free market when foreign governments are major backers or owners of some of the industry’s biggest players, such as Cosco being China state-owned.

There is the risk of the government going too far, over-regulating the international shipping industry. We’ve seen in the education and health care industries costs skyrocket with more government involvement. Similar results would be most disconcerting in the industry that handles 90% of the world’s goods.

Carriers will obviously fight legislation that specifically targets them. They argue that these incredible price increases and drops in service reliability are due to exceptional circumstances in the market caused by the pandemic and additional disruptions to the supply chain. That certainly is part of the puzzle and shouldn’t be fully dismissed.

Returning to a time when freight rates were so low they were unsustainable for carriers is also not ultimately good for shippers. Such circumstances were a major driving force in shrinking carrier competition to where it is now. As with most things, a balance must be found.

In the meantime, we’ll have to watch to see if there’s any bite behind the government’s bark. Legislation may never pass that reforms the Shipping Act. The FMC has talked about unfair detention and demurrage fees before without any real action. The commission has also threatened injunctions on carrier alliances in the past if Shipping Act infractions were found to have taken place, but we’ve also seen no injunctions on vessel sharing agreements. Still, there is mounting pressure here, and it seems like eventually something will have to give. 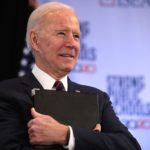 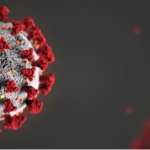