This post concludes our long Jones Act blog series, recapping the major points of the debate we covered and putting them all in one easy reference point.

We began this series after President Biden reaffirmed his support for the Jones Act in one of the barrage of executive orders he signed during his initial days in office. In order to decide if you think the president is right in affirming this legislation, you have to know what it is abd what the debate over it is all about.

What Is the Jones Act?

The Jones Act is the commonly used name for the Merchant Marine Act of 1920. It requires ships delivering goods between U.S. ports be American made, owned, and manned.

Here is our post that gives more detail about what the Jones Act is and what it does:

President Biden Supports the Jones Act – What Is It?

You can click here to read the actual text of the Jones Act.

One of the biggest points of argument regarding the Jones Act is it is needed for national security.

The Jones Act has many proponents within the military who say the legislation is essential for supporting a U.S. merchant marine that is needed to support the military in times of emergency and war with the ability to support troops or U.S. actions around the world. Opponents say even with the Jones Act’s protectionist attempts, the U.S. merchant marine is not large enough to serve this purpose and is not essential in national defense anyway.

Proponents also argue the Jones Act protects the waterways throughout the entire United States, including its territories, from potential bad foreign actors who might attempt an attack through them. Proponents believe it would be extremely expensive and possibly impossible to guard all such waterways without the Jones Act. Opponents argue foreign ships are already allowed to U.S. ports and allowing them to traverse from port to port within the U.S. would not represent a significant increase of security threat.

Here is our post covering the national security portion of the debate:

Proponents say the Jones Act is absolutely necessary to support U.S. jobs, the shipbuilding industry here, and U.S. shipping in general. Opponents say the legislation actually does the opposite of what it intends by hurting U.S. shipping. They say U.S. carriers shipping between U.S. ports have to spend more for ships, hurting competition and costing potential shipping jobs. All this, they say, while U.S. shipbuilding has done nothing but dwindle under the Jones Act.

Here’s our post on the protectionism vs. hindrance part of the debate:

Does the Jones Act hurt Hawaii? Opponents of the legislation say it absolutely does. They say it increases the cost of living in Hawaii and hurts the economy, especially when it comes to export goods that Hawaiian businesses sell to customers in the U.S. mainland. Proponents of the act say the increase cost of goods being credited to the Jones Act are overblown, sometimes even non-existent, and the Jones Act actually creates jobs in Hawaii. Both sides point to studies to support their views while refuting the claims of the other side.

Here’s our blog that gets into these complete opposite views about the Jones Act’s impact on Hawaii:

Here is some material from both sides as well.

You can check out American Maritime Partnership (AMP) arguing for the Jones Act, specifically pointing to a study concerning Hawaii, by clicking here.

Jones Act lobby lobs a dud in advance of our landmark study.

The argument is made that the Jones Act is particularly bad for any noncontiguous U.S. state or territory, which would, of course, include Puerto Rico. Similarly to Hawaii, it is argued the Jones Act increases the cost of shipping to Puerto Rico and, therefore, the cost of living in Puerto Rico. Not only is the Jones Act bad for the economy of Puerto Rico, opponents argue, but it is also bad for U.S. industries that sell goods to Puerto Rico. Proponents, as expected, tend to refute these claims. Again, both sides have studies they point to in order to support their stances.

Here’s our post that gets into the Puerto Rico portion of the debate:

Opponents of the Jones Act argue it hinders disaster relief when something like a hurricane strikes. This part of the debate especially flared up after Hurricane Maria hit Puerto Rico a few years ago. Proponents of the Jones Act argue that if there is any way the Jones Act would hinder recovery from some kind of disaster, it can be waived, as has happened several times in the past, removing any such hindrance. Opponents say that is not enough as such a waiver only happens for a limited time and then the Jones Act continues to do the damage of slowing recovery and making it more expensive. Proponents argue disasters, including Hurricane Maria, are being used as an excuse to get rid of the Jones Act at times when the legislation is not actually an issue for recovery at all.

Here is our post going into detail on the disaster relief part of the debate:

This series was meant to give our readers a good idea of what the Jones Act is and an understanding of what the major points of debate around it are. It was not meant to take a side but help you on your path to deciding whether you support keeping the hundred plus year old legislation or reforming or repealing it.

There’s still plenty more that could be said about the Jones Act, and we’ll probably revisit it in the future. We’re always happy to hear from you. If there are more issues relating to international shipping that you’d like us to cover the way we’ve covered the Jones Act debate, let us know. 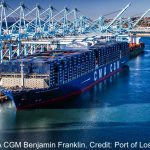