Today, we continue our look at the debate over the Jones Act, considering the issue of protectionism, specifically when it comes to the U.S. shipbuilding and maritime sectors.

After President Biden reaffirmed his support for the Jones Act, we posted an article giving an overview of what the Jones Act is and what it does. We followed up last week by beginning this series, in which we look at major arguments for and against the legislation. Part 1 covered the issue of national security.

Remember, the point of this series is not to take sides on whether the Jones Act should be repealed, reformed, or protected. Rather, the point is to lay out the arguments being made so shippers, and everyone else, affected by this legislation can research these arguments and decide where they stand on the Jones Act for themselves.

Does the Jones Act protect or hinder the U.S. maritime sector? The Jones Act certainly falls under the protectionist category of legislation. Opponents of the legislation, however, argue it hinders the sector rather than aiding it.

Jonathan Helton wrote an article published by the Mises Institute, effectively arguing that the Jones Act has been a failed piece of protectionism for the last 100 years:

After World War I, Congress passed the Jones Act as a continuation of normal practice. But the U.S. still hadn’t regained its shipbuilding prowess, and a combination of postwar factors caused U.S. shipyards to construct zero oceangoing ships between 1922 and 1928. A 1922 government report identified one likely contributor: price. Building a new ship in the U.S. cost 20% more than building one abroad.

Facing higher upfront costs, U.S. carriers made a logical move: They bought fewer new ships. The disincentive effects of high up-front costs caused shipyards to lose their economies of scale, further increasing the price of a new ship. This has led to U.S. shipyards losing more business, creating a vicious cycle in the shipbuilding and carrying industries. To wit, in 1950 there were about 430 Jones Act-qualified blue-water ships. Today there are only 99 such ships left.

In addition, some opponents of the Jones Act mischaracterize it as outmoded economic protectionism. In fact, today, the Jones Act is a reasonable response to the predatory practices of foreign shipyards and shipping companies. Foreign governments routinely subsidize ship construction directly or through advantageous tax policies. Foreign-flagged ship operators are able to take advantage of lax safety and compensation rules to undercut U.S. shippers’ prices.

Rep. John Garamendi (D-Calif.) wrote an opinion piece in the Hill where he wrote with a little rhetorical flair how the Jones Act supports American jobs and industry:

The Jones Act is a simple law: it requires that shipping between two U.S. ports occur on ships that are built in the United States, fly the U.S. flag, and are operated by crews consisting of at least 75 percent American citizens. This requirement buttresses a domestic maritime trade that supports nearly half a million jobs and almost $100 billion in annual economic impact. If the Jones Act did not exist, this industry would be sharply undercut by foreign shippers with lower labor protections, environmental requirements, and safety standards. Not only would we outsource marine transportation along our coasts and inland waterways to the cheapest foreign bidder, we also would hollow out a key component of American industrial might.

When we continue this series, we’ll look at the potential price impact the Jones Act has on goods, specifically in relation to non-contiguous U.S. states and territories. 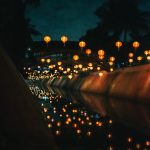