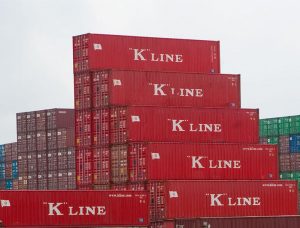 Since the collapse of Hanjin Shipping, shippers are painfully aware of the possibility that major ocean carriers can go bankrupt.

Although years of carriers suffering through billion dollar losses, overcapacity, and low freight rates really made a major carrier collapse inevitable, it seemed like these shipping companies were too big to fail. There would always be banks and governments bailing them out and keeping them afloat until things got better in the industry.

Hanjin’s bankruptcy shattered this false confidence in ocean carriers and hurt their reputation as a whole.

Suddenly, shippers are wary of ocean carriers and are, rightfully so, keenly interested in these shipping companies’ financial situations. So when employees at APL Logistics started saying K Line was in danger of going bankrupt, shippers naturally moved their cargo shipping to other carriers.

There has been much speculation on whether another major carrier will collapse, which ones might collapse, discussion of their financials… However, K Line feels like APL went too far, costing K Line in terms of sales and reputation.

Alexander Whiteman reports in The Loadstar:

K Line has filed a lawsuit against Singapore-based APL Logistics, claiming its employees had wrongly suggested the Japanese shipping line was in danger of going bankrupt.

In a statement, K Line said the misinformation had damaged both its reputation and its financial performance, as clients had indeed cancelled or suspended bookings.

It is no surprise K Line is suing for libel. Shippers suffered delays, loss, and significant extra costs when Hanjin went bankrupt and are scared of seeing it happen again. Saying that K Line is in danger of bankruptcy could be quite costly for the carrier.

From the outside, K Line’s case against APL seems strong, as APL admitted its employees sent emails that said K Line was in danger of bankruptcy. However, APL also said those statements were retracted according to Whiteman’s article that also went on to quote APL as saying:

“APL Logistics Group states unreservedly that it is not our practice to comment on the financial position of other market participants; neither in a negative nor positive aspect.

“The APL Logistics Group therefore does not endorse the comments made by these employees.”

It likely will be up to the courts to decide how responsible APL is for its employees’ harmful warnings about K Line’s alleged bankruptcy risk. Of course, the court would also have to decide on the extent of the damage done.

While part of K Line’s goal in the lawsuit is to “restore its social confidence” according to the article, whether or not there is any actual legitimacy to the APL employees’ statements might become a point of interest in the court proceedings.

Back in October, Drewry Research issued a “Red Alert” that warned another collapse like Hanjin’s was not only possible but likely. Using what they call a Z-score, the major international shipping industry research company indexed the financial stress of most major carriers. Not surprisingly, none did well.

While K Line was not singled out from the rest, it did fall within the “distress zone” of the Z-score index. That is the same zone Hanjin Shipping was in when it collapsed.

However, it would be unfair to take that and say K Line was at higher risk of bankruptcy than other carriers, as only two carriers of the fourteen listed were above that “distress zone.” Those two companies, Maersk and OOCL’s parent company OOIL, were both in a gray “cautionary zone” that would advise potential business partners to be cautious before entering into a contract with the companies.

To be clear, I am not nor is Universal Cargo in any way saying or implying that K Line could be in danger of bankruptcy. We have no reason to believe K Line is any worse financial situation than any other major ocean carrier. And we certainly don’t want to get sued.

That being cleared up, it will be interesting to see what factors into this libel case and how it all plays out. 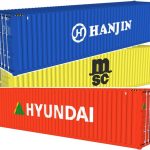